Are we imprisoned by an imagined past? 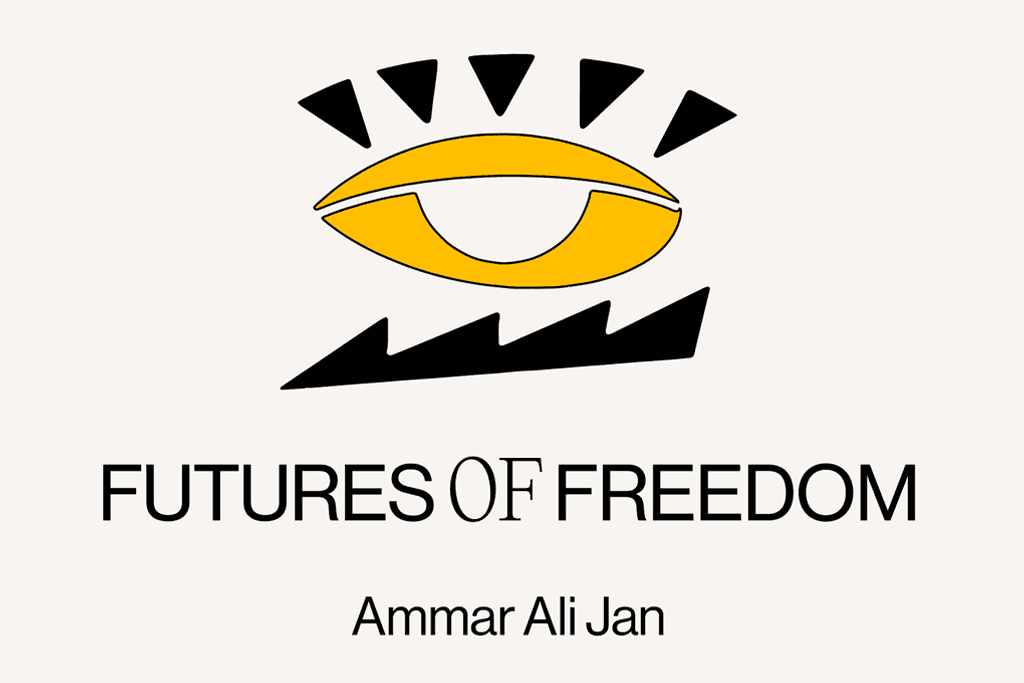 The world today is overburdened with reactionary forms of nostalgia that induce revivalist fantasies of a glorious past. In recent years, Trump’s slogan –  ‘Make America Great Again’ – is perhaps the most famous invocation of the past in the service of an ascendant right-wing project. A cleansed image of an ethnically homogenous and politically stable community in the past is presented as an alternative to the uncertainties of a neoliberal and multicultural present. This juxtaposition has been used by different reactionary movements to invoke cultural and masculine anxieties with deadly precision. From India’s Modi, Brazil’s Bolsonaro and the Philippines’ Duterte to fantasies of the Caliphate in the Muslim World, far-right movements have used this conjuring trick to stir panic, target progressive forces, and dismantle democratic infrastructures – imprisoning the present in an imagined past.

We, however, face an even greater challenge regarding the temporality of politics. It appears as if capitalism has successfully managed to erase the memories of past revolts in order to present the commodity form as both eternal and most appropriate for human nature. It has always been the fantasy of Capital to seize time within its own repetitive motion in search of surplus value, thus annihilating the violent prehistory of capital as well as the possible trajectories that defy its reproductive cycle. This tendency was thrown into sharp relief during the pandemic, when an unprecedented economic and social disruption failed to break the hold of capitalism’s fantasy in popular imagination. Instead, our fixation with “growth”, “profit” and “supply chains” has resulted in reproducing the worst aspects of the system, with a recent Oxfam report showing how billionaires have doubled their wealth during the pandemic.

By forcing humanity into siege, without an exit towards the future, the ruling classes have managed to turn the present into a permanent temporal cage. To paraphrase Fredric Jameson, it is easier today to imagine the end of the world than the end of capitalism. This paralysis of the imagination is becoming more palpable with ever-looming planetary pandemics, wars and environmental catastrophes. In the absence of a future horizon that can propel resistance to the ongoing dystopia, can the past be drawn upon to open our collective imagination towards a different trajectory for humanity? In other words, can memory, even if it exists in the deepest recessions of our unconscious, be reactivated to aid emancipatory politics? This question challenges us to imagine ways in which the reactionary right’s monopoly over popular memory can be broken. 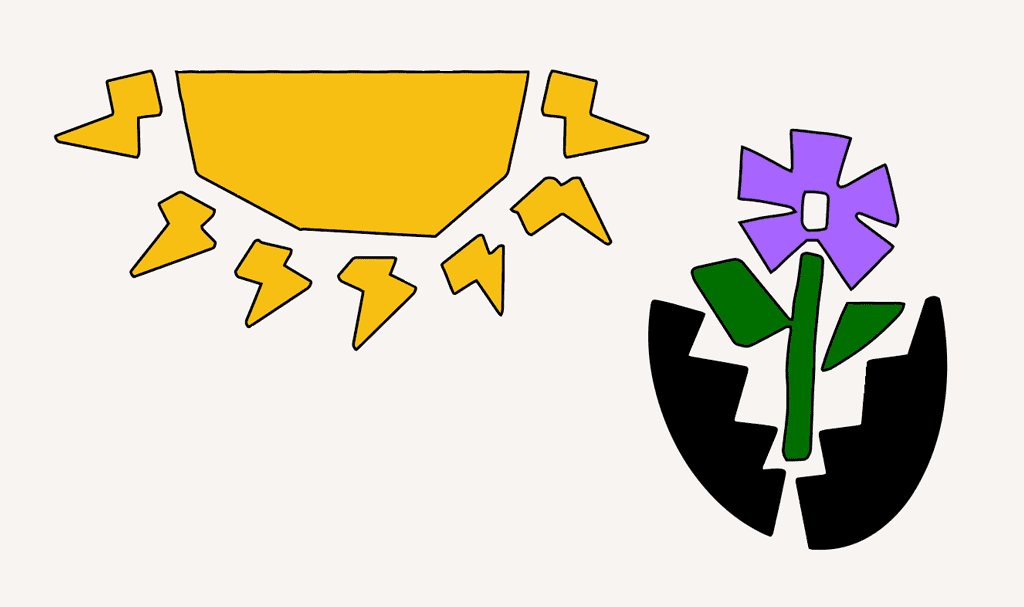 It would be a mistake to view the present as an era marked by an absolute victory of neoliberal capitalism. Instead, I propose that it is better to view the current moment as a counter-revolution, with an active global machinery deployed to wipe out potential threats to the system. We can take a long view of such counter-revolutionary violence as shaping the core of twentieth century politics. As shown by Vincent Bevins in his recent book The Jakarta Method, reactionary governments in cahoots with the CIA targeted communists and left-wing activists in Indonesia in the 1950s and 1960s with the aim of eliminating an alternative to the ruling system. The same method was deployed by military dictatorships in Latin America and elsewhere to erase opposition to global consensus, a conflict that set the bloodied background for securing the neoliberal “Washington Consensus” in the 1980s.

It is crucial to note that counter-revolutionary violence, particularly in the non-European world, preceded actual revolutionary upheavals and pre emptively targeted potential revolutionary movements. This temporal reversal was the result of the fear generated by the October Revolution among colonial and postcolonial elites, who reacted with excessive violence against the communist movement across the world. One of the key aspects of the strategy used by counter-revolutionary forces is to actively deny, repress and distort the idea of an alternative path, a priority task by the state in order to discipline popular memory.

Under military dictatorships and authoritarian governments, anti-capitalist and even reformist visions were outlawed by labeling them “communist”. Governments in disparate locations, such as those led by General Pinochet in Chile, General Zia-ul-Haq in Pakistan and General Suharto in Indonesia, were united in eliminating the “communist threat” with the full backing of the West. Communist parties and Marxist literature were banned in the public sphere, forcing pro-democracy and leftists into the secret world of the underground. Debates on alternative political ideas were suppressed and foreclosed with the barrel of a gun.

Yet, the ruling classes could not deny the powerful memory produced by momentous democratic movements that shaped the latter half of the twentieth century, including movements for racial equality, feminism, national liberation or environmental justice. The strategy deployed to deal with them was to co-opt their symbolism while separating the more subversive, left-wing elements that were crucial to their success. The civil rights and feminist movements were repackaged to call for inclusion within a broken system, green capitalism replaced debates on the irreconcilability of capitalism with nature, while struggles for national liberation and economic sovereignty were reinterpreted as quests for liberal democracy under the tutelage of the West. Such a reframing of the past creates an awkwardly woven narrative where disruptive elements are integrated into a story of linear progress, denying the possibility of a space outside of global capitalism.

The only history that has the potential of decisively breaking from the mediocrity of the present is the immense popular struggles and victories won by socialists in the twentieth century that opened a different path for the world. Here, the ruling ideology has inculcated a mass disinformation campaign to equate the socialist project with fascism under the suspect category of “totalitarianism”. Such a procedure wipes out the political content from emancipatory movements and aims to paint the gulag as the ultimate destination for anti-capitalist politics. As Bruno Bosteels has argued, this tactic seeks to invoke the subjectivity of shame in relation to the memory of revolutionary politics, disarming the subversive potential in remembering the struggles of the past. As a result, one can only try to adjust to the disorientation of the present by reminding oneself that revolting would lead to even bigger tragedies, reducing our existence to a form of non-being bereft of any worthy ideas for the future.

Past as the Outside

Suppression, co-option and shame form the ideological triad that blocks the imagination of a politics beyond the confines of the present. It partly explains why the system continues to reproduce itself with monstrous inequalities despite the universally acknowledged crisis ushered in by COVID-19. By positing thought beyond the realm of Capital’s logic as impossible, the ruling ideology is eliminating the very possibility of politics at a time when we desperately need to debate alternatives.

Yet, the traces of popular upheavals from the past always persist stubbornly in the present and prevent the complete victory of the status quo. In the recent Chilean elections, we witnessed how a contestation over memory shaped the electoral outcome. The right-wing candidate, Jose Antonio Kast, conjured up Pinochetism (named after General Augusto Pinochet) to bolster his image as a firm anti-communist who could restore order by quelling “anti-social” elements. On the other hand, Gabriel Boric, mobilized his support based partly by invoking the memory of Salvador Allende, the socialist President overthrown in a military coup by Pinochet in 1973. This restaging of the battle from the 1970s, albeit as a “battle of memories”, pointed to the eternal return of political antagonism in moments of grave crisis for a ruling order.

A crisis is a moment when the reproductive cycle of power is disrupted, producing a disjunction between the ideology and the actual practice of the system. Counter-revolutionary violence becomes more pronounced as a response to possible challenges to the ruling order, making claims to the eternal nature of capitalism untenable. To quote Walter Benjamin, in such moments “memory flashes up” to add elements of non-contemporaneity in the flow of abstract time, opening up the possibility of reimagining history.

The repetition of old conflicts is a structural feature of a crisis, since these seemingly anachronistic antagonisms actually point to an impasse at the heart of the commodity form, namely the subordination of social relations and the environment to the pursuit of private profit. This subordination is not natural and hence must be secured through brute force and propaganda. With the return of emancipatory ideas in the current crisis, the primary challenge is not to let the propagandists overwhelm us with feelings of shame when we encounter the struggles of our past – a strategy that has robbed us of our own history.

Rather than feeling ashamed, it is important to delve into the specific questions posed to revolutionaries in the past and how they responded to them. From the dictatorship of the proletariat to people’s democracy and the people’s war, political concepts emerged in tandem with questions of political practice of their time. Crisis brings forth not only contradictions in the contemporary order, but also unresolved questions from the past. Our current moment allows us to pose these in a different context in order to avoid repeating mistakes of the past and to overcome the hurdles posed to revolutionary movements in specific historical circumstances. We should remember that history is not only what happened in the past but what could have happened but never did, adding an element of contingency to historical development. Our task must be to courageously explore the paths not taken in history, ones which perhaps can still illuminate a way out of the recurrent nightmares of financial crises, pandemics and environmental catastrophe.

At a time of universal forgetfulness, remembering revolutionary struggles of the past is a revolutionary act in itself. In his illuminating study of the legacy of the Indian revolutionary Bhagat Singh, historian Chris Moffat shows how the legacy of martyrs is often invoked as a provocation for political action in the Here and Now, a presence felt most palpably in the slogans of the recently victorious farmers’ movements in India. Similarly, the recent victory of Gabriel Boric against José Antonio Kast, and his decision to appoint Allende’s grand-daughter, Maya Fernandez, as Defense Secretary, is proof that in repetition, history can take on a different trajectory, defeating nostalgia for a reactionary past by invoking the memory of those who courageously sacrificed for a more just future. In such situations, the reactivation of the latent memory of resistance allows us to assume a subjectivity at odds with the temporal rhythms of the status quo, with courage challenging suppression and co-option by the status quo. As for shame, its function should only remind us that we inhabit a world with monstrous inequalities – a form of existence unworthy of human dignity.

Ammar Ali Jan is a historian who works on Communist thought in the non-European world. He is a member of Haqooq-e-khalq Movement, an anti-capitalist organization that is working among workers, farmers, students and women to build an alternative political project. He is also a regular contributor to a number of publications, including The News International, Al Jazeera and Jacobin.