Colombia Protests: We Will Continue to Strike Until We Achieve a Dignified Life.

The protesters were met with brutal repression — but instead of giving in, they have resiliently come back, day after day. This call to action from Wire partner Colombia Informa (written before the demonstrations began) explains the motivations for the mass movement — their demands for a life worth living. To these demands, the movement has since added two others: 1) accountability for state forces who have massacred dozens of people, and injured countless more, since the start of the protests; and 2) immediate demobilization and withdrawal of the armed forces from the streets.

This is not a normal strike. Covid-19 has not only changed the conditions of life but also the conditions of protest. The government has responded to the announcement of the strike by saying it is "at this moment,an attempt against life". The Colombian people responded by saying that they would rather get sick from Covid than continue to die of hunger.

One year into the pandemic, the scenario remains just as grim: women continue to be overburdened with care work, while they are systematically beaten and killed. Farmers continue to grow crops to sell at a loss. The rate of labor informality is increasing and the most impoverished are dying from the virus or from hunger.

Iván Duque's ultra-right government and the Democratic Centre have put together a neoliberal and anti-popular tax reform in order to further exploit the people and continue to finance their oligarchic lifestyle, to fund the war, and to pay off foreign debt (debt contracted by and for them).

Added to this is the complex situation in rural areas. The advance of paramilitarism in Antioquia, Cauca and Norte de Santander has created a scenario of constant human rights violations, with communities surviving in the midst of a crossfire that continues unabated. These are the same territories the government has asserted itself in through militarisation. The resulting increase in military presence and acts of war have caused anxiety, fear, and accusations against the civilian population that have even led to cases of extrajudicial executions, better known as "False Positives".

This is a difficult situation for those who live in the countryside, and for those thinking about how to transform it. In the first four months of this year, 52 social leaders have already been assassinated. In addition to this, the state is increasingly resorting to strategies of persecution and prosecution to delegitimise popular struggles and dismantle proposals and plans for life being developed in the regions.

Life itself is at stake. From the capital to medium-sized cities and the most rural contexts, millions of people survive every day in the midst of a harsh context and an indolent state that insists on legislating only for its own.

In the face of this, there can only be nonconformity, indignation and rebellion. 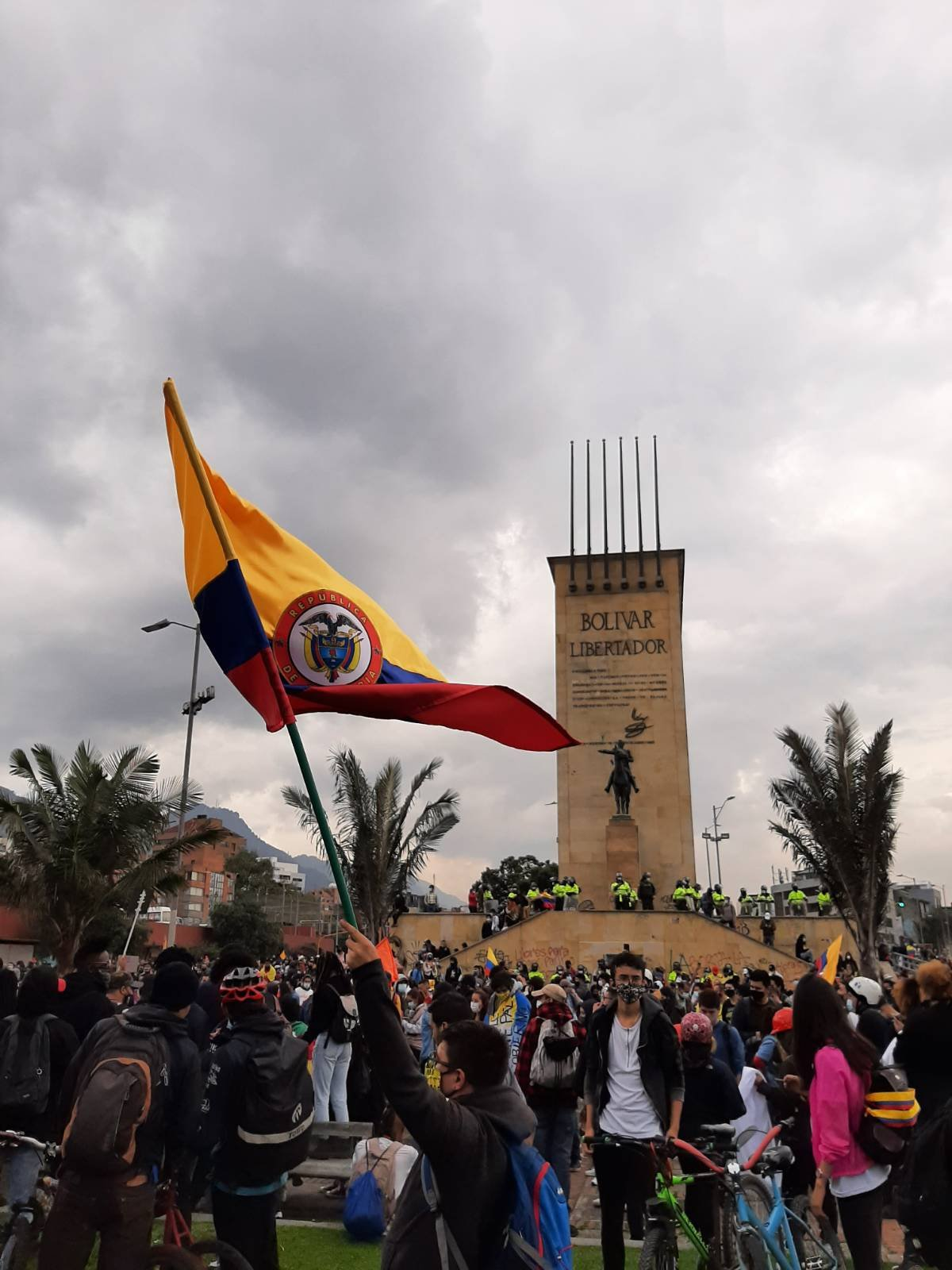 We are tired of decrees and reforms that take away acquired rights, make incomes precarious, and worsen the working conditions of the working class.

We are angry that thousands of students are forced to drop out or work undignified working hours because they have neither the money nor the infrastructure to pay for virtual classes.

We are fed up with a national vaccination plan that is erratic and purposely full of holes so as to benefit big transnational pharmaceutical companies.

We are angry at seeing the territories and peoples' economies at risk every day because of the asymmetric terms of the various economic treaties signed by the government for the sole benefit of the country's oligarchic class.

We are outraged that a basic income for the population of the poorest strata continues to be denied, while money is given to non-fundamental companies (such as Avianca) to "manage" their crisis.

The economic crisis we are experiencing today is fuelled by the Covid-19 pandemic, but also by the economic measures invented by Iván Duque and his government clique aimed at further enriching the rich and impoverishing the rest of the Colombian people.

A painful year of pandemic, as well as hunger, inequality, and decades of exclusion cannot be solved by staying at home.

If we take to the streets, the roads, the pavements, and everywhere we can on the 28th, it is to let the government know it is because of its policies. It is because we have no choice but to exercise our citizens' right to protest and because we know that the only ones threatening our lives on a daily basis are Iván Duque, Uribism, and neoliberalism. And last but not least, it is to let them know that we will continue to strike until we achieve a dignified life.