Between 2019 and 2021, transnational banks and investment funds contributed more than US$ 27 billion to companies that are part of the funding chain of Instituto Pensar Agro (Pensar Agro Institute - IPA). IPA is the  think tank behind the Frente Parlamentar da Agropecuária (Agricultural Parliamentary Front - FPA) which is responsible for a package of anti-environmental measures being considered in the Brazilian Congress. The amount invested corresponds to Lebanon's GDP, according to the International Monetary Fund (IMF) estimate for 2020.

The report was compiled by De Olho nos Ruralistas based on data collected by the Florestas & Finanças platform, which provides statistics on financial transactions channeled to activities with a high environmental impact, such as farming and mining. The report  is part of the dossier “The Financiers of Destruction: how multinational companies sponsor agribusiness lobby and sustain the dismantling of socio-environmental regulation in Brazil“, released in July in Portuguese and English.

The billion-dollar figure corresponds to share purchases by sovereign wealth funds, loan concessions, debt renegotiations, and bond issues executed between January 2019 and April 2021 (date of the last data collection). In the case of multinational groups, such as soybean processors Cargill, ADM and Bunge, and meat processing companies JBS, Marfrig and Minerva, only investments for operations in Brazil were considered.

The results show six global financial groups at the head of investments in companies linked to the IPA. Together, JP Morgan Chase, Bank of America, Citigroup, and the BlackRock, Vanguard, and Dimensional funds transferred US$ 4.12 billion to companies involved in financing the agribusiness lobby in Brasília. The amount corresponds to 15% of the total value of US$ 27.06 billion in transactions analyzed in the period.

The financial flows have been detailed in two interactive maps, which show the global funding routes and the specific segments supported by each fund.

The report compiled by De Olho shows that Suzano was foreign capital’s favorite over the last three years. Between 2019 and 2021, the group led by the Feffer family received US$14.03 billion from global banks and investment funds, the equivalent of 51.9% of the total invested in IPA-associated companies in the period. The company's main supporters were Bank of America ($791.3 million), JP Morgan Chase ($774.8 million), and BlackRock ($525.5 million).

Investor attention was mainly focussed on the merger with Fibria (formerly Veracel), announced in 2018 and completed the following year. This process has created a virtual monopoly: Suzano S.A., because of the merger, is the largest producer of pulp and eucalyptus in the world and the fifth largest company in Brazil, across all economic sectors. 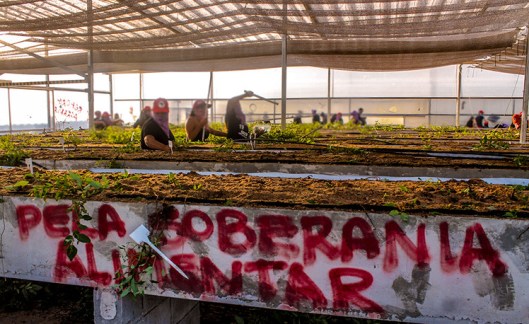 Women from the MST occupying a Suzano unit in 2015

The CEO, Walter Schalka, is vice president of Ibá, an association that brings together the largest pulp producers in Brazil and one of the main supporters of the Instituto Pensar Agro. Apart from the timber sector, Suzano also operates in the pesticide and transgenic seed sectors through its subsidiary FuturaGene, which participates in CropLife Brasil.

Bought by the Feffer family in 2010, FuturaGene owns the first license to produce and sell transgenic eucalyptus in the country, granted by the National Technical Commission for Biosafety (CTNBio) in 2015. The approval of the genetically modified variety, known as H421, was the second to occur in the world and was the target of protests. At the time, activists from the Landless Rural Workers Movement (MST) occupied Suzano's research center in Itapetininga (SP) and the CTNBio building in Brasília (DF) to protest against the authorization.

In addition to these conflicts, the company is known for the participation of its directors, brothers David and Daniel Feffer, in financing movements of the so-called "new right" in Brazil. Daniel is one of the founders of the Millenium Institute, alongside the Minister of Economy, Paulo Guedes. His brother David was involved, in 2007, in the creation of the Institute for Leadership Formation, one of the organizers of the Liberty and Democracy Forum, alongside José Salim Mattar Junior, owner of the car rental company Localiza Hertz and former Secretary General for Privatization in Mr. Bolsonaro's government.

The family also has close ties to the former Minister of the Environment, Ricardo Salles. In 2018, De Olho nos Ruralistas showed that Suzano was the main beneficiary of Salles' attempt to irregularly modify the Management Plan of the Environmental Protection Area (APA) Várzea do Rio Tietê when he was Environment Secretary in São Paulo. Indicted by the Federal Public Prosecution Office, he was acquitted in March 2021.

The analysis of financial transactions based on data from the Florestas & Finanças platform shows a large concentration of resources directed to Brazilian agribusiness companies come from investors in the global North. The United States is the biggest provider of funds, with US$ 7.44 billion coming mostly from banks such as American International Group (AIG), Bank of America, Citigroup, JP Morgan Chase, and Vanguard. 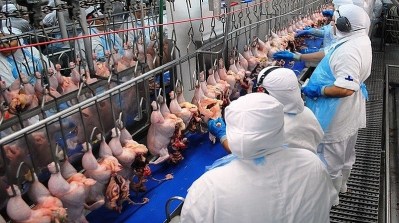 JBS is one of the leaders in international investments

Large European financial groups, such as the German Allianz and Deutsche Bank; the British Barclays and Standard Chartered; the Spanish BBVA and Santander; the French BNP Paribas; the Dutch ABN-Amro and Rabobank, among others; have invested $4.5 billion in IPA companies.

As the sole remaining survivor among the financial players that were behind the 2008 global crisis, JP Morgan Chase tops the list, having invested more than US$1.1 billion in transactions during the period. In addition to the aforementioned Suzano, the Wall Street bank invested in 15 other companies, especially the meat processing company Marfrig, which received US$ 103.29 million in 2019 and another US$ 4.7 million between January and April 2021.

Bank of America and BlackRock have also invested $1 billion each. The latter is famous for being the main investor in Brazil's JBS, totaling $139.34 million in transfers since 2019. The world's largest producer of animal protein, the company owned by brothers Wesley and Joesley Batista has also received money from stockbrokers registered in offshore tax havens.

According to the report, the meat processing company received US$ 60 million for the purchase of shares and bonds by two private brokerage firms in Bermuda, Fidelity International and Lazard, both cited in the Offshore Leaks, an investigation into tax evasion and capital flight led by the International Consortium of Investigative Journalism (ICIJ). To a lesser extent, both also traded Bunge shares in 2021.

Despite leading the investments, international groups are not the only ones to support the activities of the companies that make up the IPA. Banks and players in the Brazilian financial market such as BTG Pactual, Safra, Verde Asset Management, Vinci Partners, and XP Investimentos - whether through credit, holding shares and bonds, or loans, direct or via the Plano Safra - maintain bonds estimated at US$ 9.3 billion.

In addition to the private sector, the National Bank for Economic and Social Development (BNDES) - which has an investment policy partly focused on agribusiness - has lent more than US$ 3 billion to companies linked to the IPA between January 2019 and April 2021. Standing out is the bank's equity stake in Ourofino Saúde Animal, part of the Ourofino group, second in the ranking of companies that operate within the structure of agribusiness associations, with participation in six entities.

In addition to the development bank, Brazilian institutional investment funds, such as Petros, of Petrobras, and Valia, of mining company Vale's employees, also have a share.

Caio de Freitas Paes is a journalist. He writes for De Olho nos Ruralistas and The Intercept Brasil, among other media outlets.

The pandemic has revealed the poverty of our economic theory. Rupture with the old paradigm is the only route to recovery.
Northern Africa
Economy
2021-04-13

If Egypt’s story is tragic, it is because it illustrates a global dynamic in the debt system that is rigged for the rich and against the rest.
Global
Economy
2021-04-13

We are not a number. If credit-worthiness is a sign of morality and good citizenship, what does it imply for those invisible to the state?
Support the movement
Get InvolvedMake a donation
Follow us
FacebookTwitterInstagramYoutube
Receive the Progressive International briefing
Progressive
International
Privacy PolicyManage CookiesContribution Settings
Site and identity: Common Knowledge & Robbie Blundell