A Dispute Over Water

Construction of the GERD, which began in 2011, has been controversial from the very start. More than 85 percent of the water that makes its way into the Nile river begins in the Ethiopian highlands. Egypt and Sudan both rely on this inflow for individual use, irrigation, and industry, and worry that the upstream Ethiopian dam will mean less water to go around.

Negotiations have gone through several rounds of collapse and resuscitation, with Cairo withdrawing from the most recent round after Addis presented a proposal supposedly excluding “operating guidelines” and “a legal mechanism to settle disputes.” Tensions have been particularly high since Ethiopia announced that it had begun to fill the reservoir at the head of the dam — something the Egyptian and Sudanese governments had demanded not to begin until negotiations were concluded.

In the last two years, Egypt and Sudan on one side, and Ethiopia on the other, have bolstered their negotiating claims on a discourse of national historical rights, national competition, and occasionally even threats of force. Both sides have also mobilized national media to present a simplified zero-sum national position that papers over the complicated questions of shared access to a common resource. For both, the details are treated as a matter for the ruling elite and technocrats; recently, Egypt circulated a memorandum, forbidding researchers to conduct studies related to the Renaissance Dam. In return, the Ethiopians called for keeping the details of the dam secret. It seems the two sides disagree on all of the details, except that they do not concern their citizens.

For Whom is the Water of the Nile?

In all of the conflict and negotiations between the countries, the issue of water distribution within the countries is largely absent. Egypt, Sudan, and Ethiopia are often referred to as homogenous entities, as though both water and development, which the countries are competing for, will be equally distributed among their citizens. What these discussions miss is the question of how these states will use the water: Who will use it? Who will be deprived of it? Will citizens, in whose name negotiations are conducted, receive water fairly and equally? Or, will water turn into a commodity, sold to the highest bidder?

The term “land grabs" refers to large-scale land acquisitions taken from local people and families, mainly by foreign investors. Often, land grabs come at a heavy cost: aggravation of poverty, food shortages, and forced displacement of residents from lands that are not only the source of their livelihoods, but often have deep sociocultural value. Data on these grabs in Egypt, Ethiopia, and Sudan — made available by Land Matrix, which tracks land sale contracts for international actors worldwide — can point us to an answer to these questions.

Land Matrix has tracked grabs of around 762 thousand hectares in Sudan since 1972, with most deals concluded after 2000. Most of these lands were allocated through 28 deals with transnational companies from Qatar, Kuwait, Saudi Arabia, and the United Arab Emirates. They are used to produce export food crops, alfalfa, and biofuel. Huge forage farms, like those of the Saudi corporation the Rajhi Group, are widespread in Sudan, which produce around a hundred thousand tons of forage. There is also the Saudi Nadec company, which manages a farm that is approximately sixty thousand acres. Another company is the Emirati Amtaar, which exported about two hundred thousand tons of forage to the Abu Dhabi emirate.

In Egypt, Land Matrix tracked fourteen deals to grab lands, which add up to 185 thousand hectares. The Emirati Dahra and Saudi Rajhi companies have seized vast land areas in the Toshka project, in the south of Egypt.

The greatest portion of land grabs is in Ethiopia. Land Matrix has documented grabs of 1.4 million hectares of land in recent decades, acquired through 120 deals. Foreign investors make up about two-thirds of the owners — they are from India, Saudi Arabia, and the United States, in addition to others from Italy, Malaysia, China, Austria, Israel, Turkey, Canada, and Singapore.

In his 2014 analysis of contracts between the Ethiopian government and Gulf investors, Benjamin Shepard showed that these land deals rarely took into account the rights of local residents. They’re conducted with little transparency and do not offer guarantees for workers' rights, and governments typically provide huge tax concessions and regulatory exemptions in the early years of projects. In all three countries, land use policies are based on a development model that prioritizes large agribusinesses and exporter profits over smallholder land rights and subsistence farming. This form of land grab can, in short, be characterized as a form of new colonialism.

The data on land grabs begs the question: is the GERD conflict being fought on behalf of the peoples of these countries, or international companies plundering land and water?

The combined population of Sudan, Ethiopia, and Egypt is above 220 million people. Eighty-four percent of Ethiopians, sixty-six percent of Sudanese, and fifty-seven percent of Egyptians live in rural areas. Considering that agriculture consumes eighty percent of the Nile's water in the three countries, we can conclude that farmers are primary stakeholders in the Nile's water and should be fundamental to the ongoing conflict, negotiations, and discussions — yet so far, they have largely been excluded.

Instead, all three countries have systematically supported foreign investors in corporate agriculture at their expense. In many cases, local farmers have even had to change their production patterns, been forced to relocate, or saw reductions in the amounts of water allocated to their crops to provide land and water for investors. Despite all the rallying behind supposed national interests in the dam negotiations, the millions of farmers that depend on the Nile for their subsistence have been absent from the debate.

The Road Ahead for the Nile's Farmers: Internationalist Solidarity

Counter to the image portrayed by the authorities in the three countries — that each nation has a unified national interest in direct competition with one another — it is actually smallholder and subsistence farmers in all three countries who share an interest in stopping their mutual dispossession.

Working together across borders, these groups can jointly exert pressure to stop the depletion of land and water for corporate profit, and to provide farmers in the three countries with the water needed to produce food — a joint project of ecological farming and sustainable resource-use toward food sovereignty for all of the people of the Nile. Where the current discourse marginalizes and alienates citizens and appoints state representatives as negotiators on behalf of investors, an alliance of the Nile's farmers in the face of the depletion of their water and land resources can fuel a new discourse of solidarity.

In early December 2019, the Arab world and North Africa branch of the global peasants’ movement La Via Campesina held a joint meeting in Sudan with the Alliance of Farmers in al-Jazeerah and al-Manaqel (AFJM). The meeting highlighted AFJM’s role in a long struggle for the rights of farmers in Sudan. After the Sudanese uprising, local forces in North Sudan protested against the expansion of one of the biggest agricultural land grab companies inside their land. Given the influence of their movement and considering the changes in the ruling system in Sudan since the popular uprising, the already-organized Sudanese farmers can play a vital role in this project.

As individuals subsumed under inter-state competition, there is little hope for the farmers of the Nile. But collectively, they can win the right to their land, their water, and our food sovereignty.

(This piece is adapted from an earlier version originally published in Jadaliyya in March, 2020) 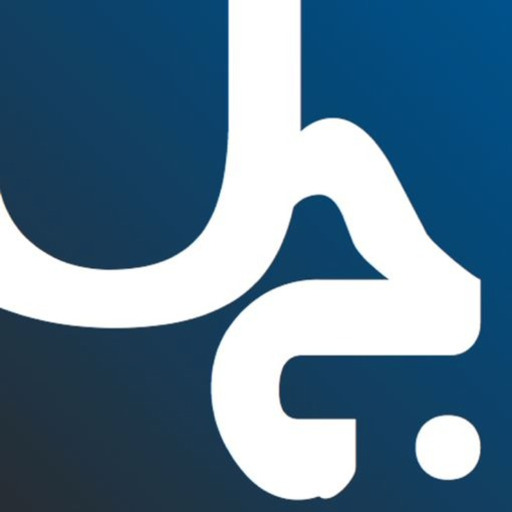