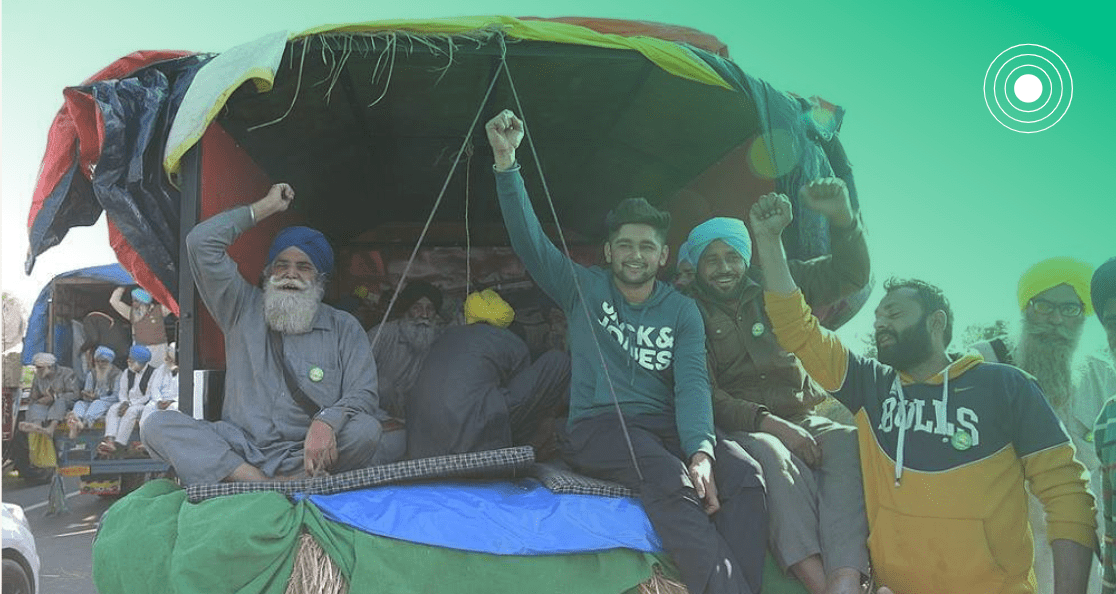 In 2020, the Parliament of India, led by far-right Prime Minister Narendra Modi and his Bharatiya Janata Party (BJP), introduced a set of bills designed to privatize the Indian agricultural sector and dismantle long-standing government protections in the name of so-called market efficiency. Collectively, these “farm bills” were an all-out attack on the livelihoods of India’s farmers in service of foreign capital and national agribusiness oligarchs.

In response, India’s organized farmers took to the streets in unprecedented numbers. Theirs was an organized expression of democracy and disruption — nationwide strikes, blockades of roads and railways, boycotts and barricades of corporate targets, and, supporting it all, a collective system of mutual aid for those putting their lives on the line (see our photo essay here). India’s women played an indispensable role, resisting the forces of capitalism and patriarchy. Farmers and activists across the world, inspired by the radical determination of their comrades in India, expressed their solidarity.

The struggle lasted for over a year, and the state killed some 700 farmers in the process. But the movement proved overpowering. In December, the farm bills were repealed.

Still, the fight is far from over. India’s farmers are committed to building on their victory and have made additional demands of the government. They face further threats as the instruments of imperialism threaten to undermine their victory. This year, we celebrate the farmers of India. They demonstrated that the masses — organized, mobilized, and willing to engage in radical disruptive action — have the power to shape their own destiny. 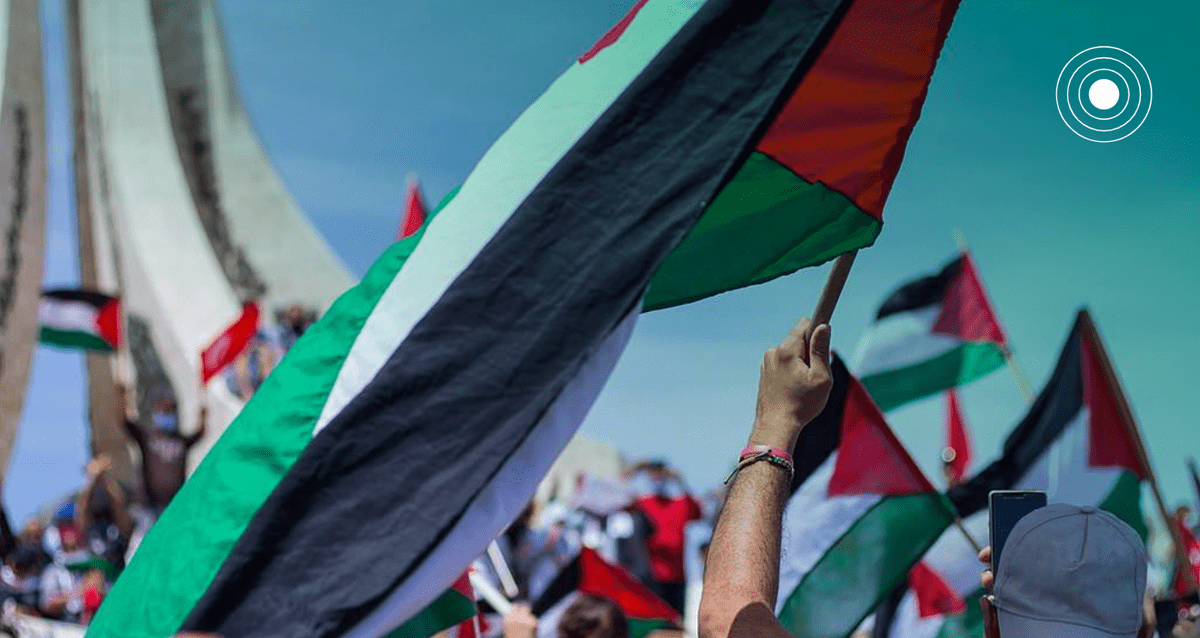 For Palestinians, the ‘Nakba’ — which translates as ‘catastrophe’ and refers to the original ethnic cleansing of 750,000 Palestinians from towns, villages and cities in 1948 — isn’t a story from the past, but an ongoing and brutal project of colonization.

In April 2021, for example, the Israeli government attempted to forcibly evict some 2,000 Palestinians from the neighborhood of Sheikh Jarrah in occupied East Jerusalem. When the residents resisted with a powerful campaign to #SaveSheikhJarrah, the Israeli state responded with brutality, attacking the Palestinian people in the streets and in their places of worship.

A few days later, the Israeli government launched a vicious military assault on Gaza, in which at least 260 Palestinians lost their lives. In response, the Progressive International urged the world’s progressive forces to fight for an end to the Nakba, boycott the apartheid regime — a demand also endorsed by over 700 Global South leaders — and divest from its war machine through internationalist anti-militarist organizing.

Later in June, as the new Bennett–Lapid government took office in Israel, world leaders and the mainstream press celebrated the end of the Netanyahu era. Unsurprisingly, however, the administration didn’t just continue, but doubled-down on the repression of the Palestinian people. In October, it labeled a number of Palestinian human rights groups, including Al-Haq and Defense for Children International — Palestine, as “terrorist institutions.”

But Palestinian civil society refuses to be silenced. As Shahd Qaddoura of Al-Haq, the oldest Palestinian human rights organization, wrote: “Until Palestine is free and we can finally enjoy our right to self-determination, our voice of justice will remain loud”. 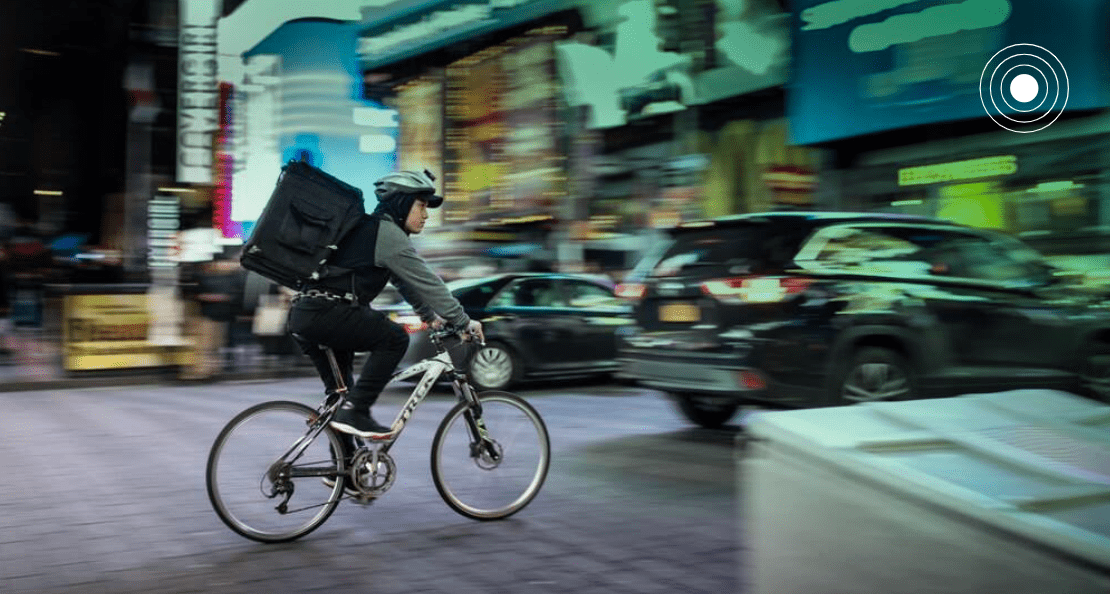 Around the world, digital technology is creating new ways to reap value from workers, plunging them into ever more precarious working conditions. Nowhere is this “gigification” clearer than for app-based delivery workers. During the pandemic, delivery work amounted to an “essential service” protecting people from exposure to the virus — but it was the major platforms that derived the benefits of this essential work. This is beginning to change. A growing movement of delivery workers worldwide — from Shanghai to Tbilisi, Mexico City to Taiwan — is struggling for an end to exploitation, for the right to unionize, and to challenge the cold grip of algorithmic control in their lives.

80,000 food delivery workers in Taiwan, for instance, have been protesting intransparent new salary calculations by the likes of Uber Eats and Foodpanda. They call for a national union to organize and fight exploitative business models in the so-called gig economy. In Georgia’s capital Tbilisi, on the other hand, delivery workers are classified as “independent contractors” and, as such, face a complicated process to organize legal strikes. But instead of giving up, the drivers made a virtue out of their status: they collectively stopped work by just turning off the app — wreaking havoc on the company and demonstrating the potential of self-organization by delivery drivers. 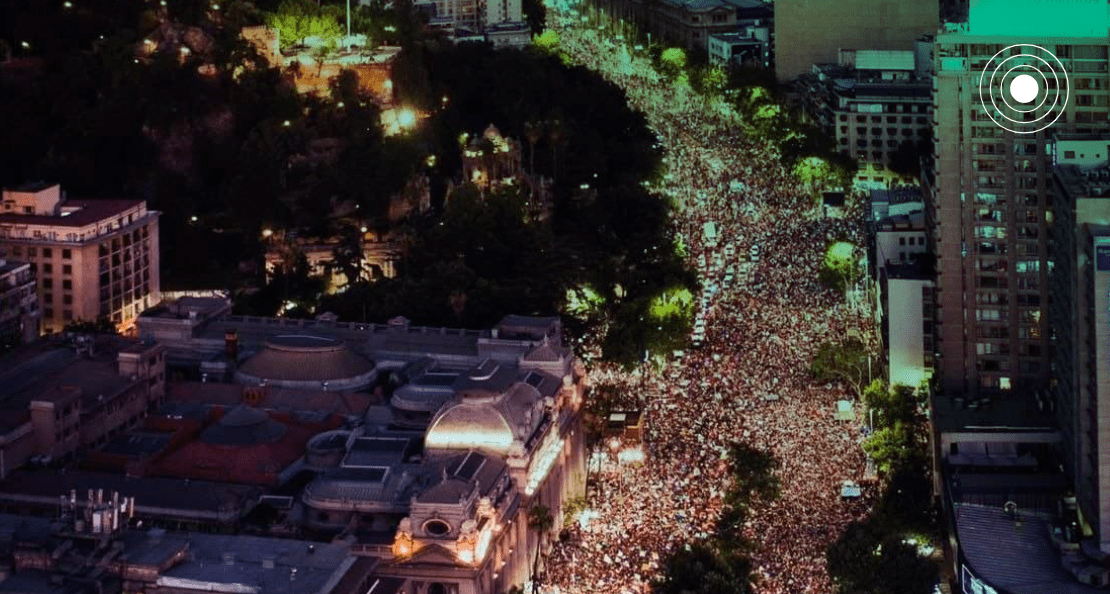 The left is on the rise in Latin America. From Bolivia to Peru, Chile to Honduras, the people are fighting to reclaim democracy against the forces of right-wing nationalism at home and imperial intervention from abroad.

Following the triumphant mobilization against the right-wing, foreign-backed coup that toppled the Movement Towards Socialism in 2019, the people of Bolivia have reclaimed their democracy and sought justice for the victims of the coup regime.

In Peru, former elementary school teacher and union leader Pedro Castillo defeated an opponent who threatened to bring the country back to the darkest days of the fascist Fujimori dictatorship.

In Honduras, the election of Xiomara Castro brought renewed hope that the country may finally escape the shadow of the US-backed coup of 2009.

The people of Venezuela continued to defend the victories of the Bolivarian process against suffocating sanctions and other imperial regime change efforts, including the plundering of its gold reserves by the UK legal system.

And to close out the year, Progressive International member Gabriel Boric triumphed over Pinochetista José Antonio Kast, paving the way for the radical transformation of the Chilean Constitution initiated by last year’s ‘social explosion’.

Profound challenges remain. A devastating electoral loss in Ecuador was the exception to the regional trend. In Colombia, mass Indigenous and peasant-led resistance was violently suppressed by the Washington and London-backed Duque government. And even the victories represent the beginning, not the culmination, of a long historical process of reclaiming sovereignty across Latin America.

After a year of grand victories and defeats, in 2022 we turn our sights on Colombia, Brazil, and beyond.

The struggle for decolonisation against imperialism is perhaps the most defining fight of our time. Where colonialism and capitalism violently converted the common land of the many into the private property of the few, decolonisation has long sought to reclaim that land for the benefit of the people to whom it rightfully belongs.

This is a struggle for sovereignty, for land, for food, and against environmental destruction. And, despite the imperialists’ attempts to relegate colonial history to the past, the struggle for decolonisation continues around the world today.

In Kenya, the Wakasighau, a people who were uprooted from their native Kasighau region and exiled by the British at the onset of World War I, are still fighting for a return of their land.

For the people of Indonesia’s Pakel Village, the struggle against land-grabbing and environmental destruction has lasted more than 100 years — first against the Dutch colonial government, then against Indonesia’s post-independence rulers.

On the Philippine island of Panay, the Indigenous Tumandok people are engaged in a decades-long struggle against dam construction projects.

In India, tribal people from the Hasdeo Forest embarked on a historic foot march to the state capital to save their lands and livelihoods from a mining project by the Indian multinational Adani group.

In Australia, the Aboriginal Wangan and Jagalingou Nation is waging a determined fight to stop an ecologically and culturally destructive coal mining project.

In Brazil, indigenous peoples have occupied the capital Brasília to resist the government’s land grabs and ecologically destructive mega-projects, and to fight for their territories and the right to life. And the country’s Landless Rural Workers Movement (MST) — one of the largest social movements in Latin America with an estimated 1.5 million members — struggles against the eviction of 450 families living in the Marielle Vive camp in Valinhos, where they have transformed abandoned land into a thriving community.

In Colombia, guard leaders of the Peasant, Cimarrona and Indigenous communities organize their members around the defense of their respective territories and spaces against brutal repression by the Duque government.

Each of these struggles is part of a planetary war for the lands, rights, and livelihoods of Indigenous peoples against the global forces of colonization and mechanisms of primitive accumulation.

A Farewell to Our Friends at ROAR

As some movements enter new beginnings, other chapters are coming to a close. After over a decade of critical reporting and analysis of peoples’ movements around the world, Wire member ROAR Magazine has announced that it is reaching the end of its journey in the new year. As we say goodbye, be sure to check out their final issue — Mobilize — which features essays on a selection of popular struggles from around the world.

Mike Davis explores the global political economy of Covid-19 — and how progressive forces can unite to reclaim the world in its aftermath.
Long Reads
2022-01-06

2021 was a year of suffering and struggle, repression and resistance — one in which the contradictions in global capitalism sharpened, and peoples’ movements rose up in force to confront them.
Middle East
Long Reads
2020-06-16

COVID-19 and the Destructive Force of Privatized Healthcare in Lebanon

How the fundamentals of late-stage capitalism, oligarchic rule, and privatization have gutted public healthcare and compounded the impact of COVID-19 in Lebanon.