What does it have to do with Marikana?

Editorial note: On August 16th, South Africa marked the 10 year anniversary of the  “Marikana Massacre”. The crime marked a tragic turning point for the country, revealing how deadly corporate and state violence against the people was embedded in democratic South Africa, as it had been during Apartheid.  This article is part of the series “Marikana 10 years on” published by Wire partner Africa Is A Country on the 10th anniversary of those fateful events.

If one were to pick a moment when the narrative of post-apartheid South Africa as a nation, for all its faults, generally stumbling forward in the right direction, ended; no moment stands out as clearly as the Marikana Massacre. On the afternoon of Thursday, August 16, 2012, thirty-four striking mineworkers at a platinum mine in North West Province were gunned down by the police on live TV.

Over the course of the ten years since the massacre, the country has become poorer (GDP per capita has declined from just over $8,000 to under $7,000), the basic functions of government have collapsed in large swathes across the country, the labor movement has grown weaker and more divided, and the threat of political violence to activists is ever more apparent. The latter point is all the more apparent considering that since the massacre at least 22 mine workers or union activists from Marikana and the platinum belt have been murdered, as detailed by Luke Sinwell and Nicholas Smith. The ongoing violence emerges in the context of worsening economic conditions most evident is soaring unemployment—now close to 50 percent—and the conditions for the communities of the Platinum Belt have, if anything, deteriorated.

In Setswana “Nkaneng,” the name of the informal settlement where the Marikana mine workers and their families live, literally means “difficult place,” a pointed signifier of the scattered wastelands of the platinum belt that still lack the most basic municipal services. It is one of the thousands of communities of its kind in the country, where people are still waiting for housing applied for at the turn to democracy in 1994.

Each week brings a report of some new atrocity. Last year’s July Insurrection(when allies and supporters of disgraced ex-president Jacob Zuma brought South Africa to a standstill through economic sabotage) reflected that the country faces the growing threat posed by political mafias and right-wing ethnonationalist politics which the impuissant state is evidently ill-equipped to manage. In the face of this, the political left has, if anything, grown even more fragmented and impotent. But what does this all have to do with Marikana?

If one were to ask, how did we get to the South Africa of 2022 after state capture, the July Insurrection, the Life Esidimeni tragedy (referred to as the Medical Marikana), lockdown, the police brutality required to enforce ludicrous regulations, and suffering regular electricity blackouts? Marikana is a good place to start.

Marikana was the moment when the core institutions of South African democracy—not just limited to the state—failed. This includes the days leading up to the massacre, which saw 10 killings emanating from the simmering tension on the mine: six mine workers, two Lonmin private security guards and two policemen. It was the worst massacre of its kind under the democratic order, which saw the police (who belonged to the same trade union federation as many of the striking mineworkers) shoot other workers under the auspices of the African National Congress (ANC) government that promised a better future for workers.

The main redeeming feature of the Farlam Commission, which was set up to investigate the killings at Marikana and which cost the country some R153 million ($9 million), was its gathering of evidence relevant to explaining the causes of the massacre, in which some indictment of Lonmin and the police can be found. In its public seminars which were part of the Commission’s Phase Two, to investigate the long-term causes of the Marikana massacre, expert presentations detailed the chronic problem of unions like the National Union of Mineworkers (NUM) failing to take up the demands of its members and the inadequacy of the country’s labor regulatory framework in addressing the working conditions of mineworkers.

As Shaeera Kalla points out in this series, the final report is a testament to the greed of Lonmin (the company that owned the mine), confirming that Lonmin broke the law and failed to uphold its legal obligation to provide housing for its employees as per its Social Labor Plan, a condition upon which its mining rights were secured.

But despite the evidence of underlying structural issues, the commission still found the mine workers’ decision to strike outside the legal bargaining framework as the main cause of the massacre. It repeatedly emphasizes that the strike was “illegal” and that the strikers were brandishing dangerous weapons in contravention of the Dangerous Weapons Act and advanced the state’s narrative that the mine workers constituted a menacing, unruly mob who had engaged in muti (witchcraft) rituals to prepare for the police confrontation.

In the aftermath of the atrocity, with a few notable exceptions, civil society—from NGOs to media, social movements, and trade unions—failed to hold the government to account or provide meaningful solidarity to the victims of the massacre, either opting for silence or in some cases actively reproducing the state’s justifications. The media failure remains even more unforgivable given that the killing was broadcast on live television.

Instead, it took the work of a few dedicated journalists and researchers for the actual story of what happened that day to be revealed to the public. It took even longer for the documentary Miners Shot Down and the stories of the Farlam Commission to change the public consciousness about what transpired on that day. Even so, the state’s overt attempt to quell these narratives remained, in part through attempts to cultivate political amnesia. In the act of protest and solidarity, in August 2016 the documentary was projected onto the walls of the SABC offices in Sea Point, Cape Town, while those gathered demanded justice.

Ten years later justice remains elusive for most survivors of Marikana. While some 35 families have been compensated approximately R70 million ($4 million); a larger group of over 300 miners who were injured during the shooting rampage are still trying to claim compensation of R1 billion ($58 million), with the latest advancement being the recent High Court decision that the country’s president, Cyril Ramaphosa, could be found liable for the events that led up to the massacre for his role as both a shareholder at Lonmin and position as Deputy President (which he served for four years under Jacob Zuma), but not for the deaths. However, proving civil liability will be up to the mine workers to try and accomplish in court, something which will be difficult to do. If successful though, it would contradict the Farlam commission’s exoneration of Ramaphosa from any liability regarding the escalation of tension and the eventual shooting.

There is also the ongoing trial for the murder of five people who died at Marikana on August 13th, 2012—two mine workers and two police officers—and the trial of former North West province deputy police commissioner Major-General William Mpembe and other police officers. Mpembe and his colleagues face five counts of murder and attempted murder as well as contravening the Commission’s Act for providing false information at the commission of inquiry. But 10 years later, public interest has all but dissipated. Here the old legal maxim could not be more true: that justice delayed is justice denied.

And as political battles are waged through protracted court proceedings (never without Dali Mpofu, South Africa’s version of Saul Goodman—minus the legal victories—in the mix) the workers of the Platinum Belt face ongoing exploitation, dysfunctional government, political violence, material deprivation and ongoing predatory lending schemes of Mashonisas (loan sharks, or moneylenders) and the payday loan companies which entrench cycles of indebtedness and insecurity.

The checks and balances of democracy, from the National Prosecuting Authority to Parliament, have failed to hold the government and police to account. This is even when a subsequent Inquiry found that the former Police Commissioner—Riah Phiyega—should be held responsible for the deaths of the 34 mine workers for directing the police response. No police officer has been charged for any of the shootings. In many respects, the police are more violent and incompetent than ever.

Reflecting honestly on the past ten years it’s clear that South Africa has failed to reckon with the legacy of the massacre. After all, Cyril Ramaphosa became president, despite his questionable conduct in the ordeal. This is yet another sad reflection of the flimsy pool of leadership from which to choose.

For many, the massacre was the moment when the blinkers were removed and the underlying injustices and contradictions that have stunted the development of South African democracy were revealed in all their stark brutality. The lack of public outrage in the wake of the massacre, the absence of mass protests and solidarity remains a moment of shame, even as the workers of the platinum belt led one of the largest wildcat strikes in South African history.

It is in large part for this reason, for the working class of South Africa, Marikana has come to serve as a potent symbol of resistance, employed by protesting students, striking workers, and communities occupying land. Aside from the massive strike wave across the Platinum Belt, it also spurred the official birth of the Economic Freedom Fighters, launched on October 13th, 2013, in Marikana, portraying itself as the true workers’ party (it is currently the third-largest party in South Africa’s parliament). But while the EFF have attempted to present itself as the party with the strongest moral compass on issues of socio-economic justice; the VBS bank looting saga reveals that much like the ANC they so vociferously criticize, the EFF top brass are all too willing to steal millions from poor people to fund their extravagant lifestyles. Nonetheless, the Marikana strikes went on to influence and inspire other workers’ movements, like the farm worker strikes in De Doorns in the Western Cape in 2012-13 which galvanized over 9,000 participants in their mission to improve their working conditions.

As we have seen mostly evidently in the case of Colombia, covered as part of a new series for Africa Is a Country on the lessons from Latin America for the African continent, resistance and organization can build power even under the threat of the most extreme forms of political repression. The Marikana mineworkers’ actions have displayed that they seek a better life as promised in the constitution, and not merely the token wage increases of one or two percent. Marikana shows that even under the most difficult circumstances effective mobilization and organization are possible, as the workers in the other mines of the Platinum Belt opted to join and expand the strike rather than mourn silently or surrender. It is this extraordinary moment that provides a rallying cry for those who wish to see a more just and equal South Africa.

Benjamin Fogel is a contributing editor at Africa is a Country and Jacobin.

Dr. Claire-Anne Lester is a lecturer in sociology at Stellenbosch University. 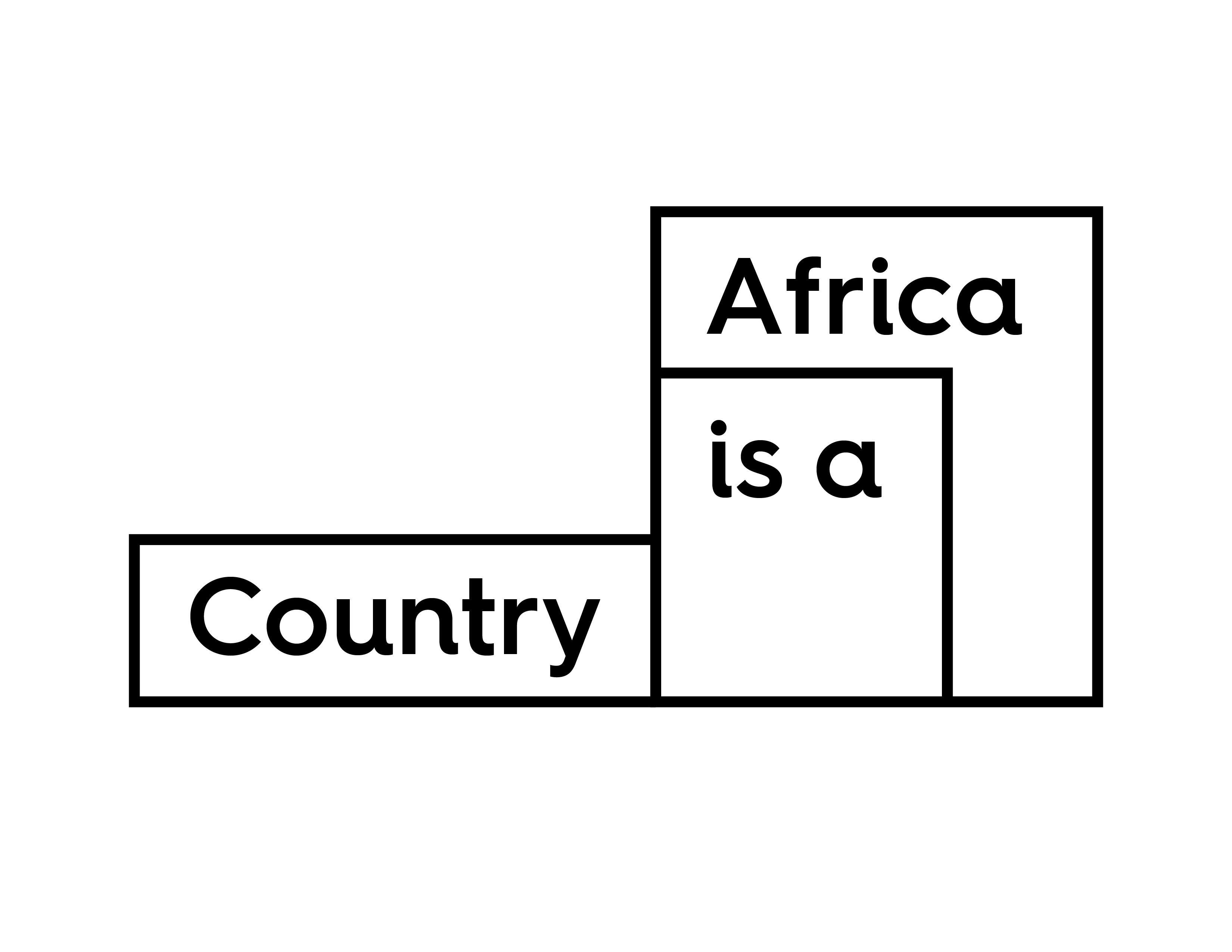