On That Of Which One Cannot Speak 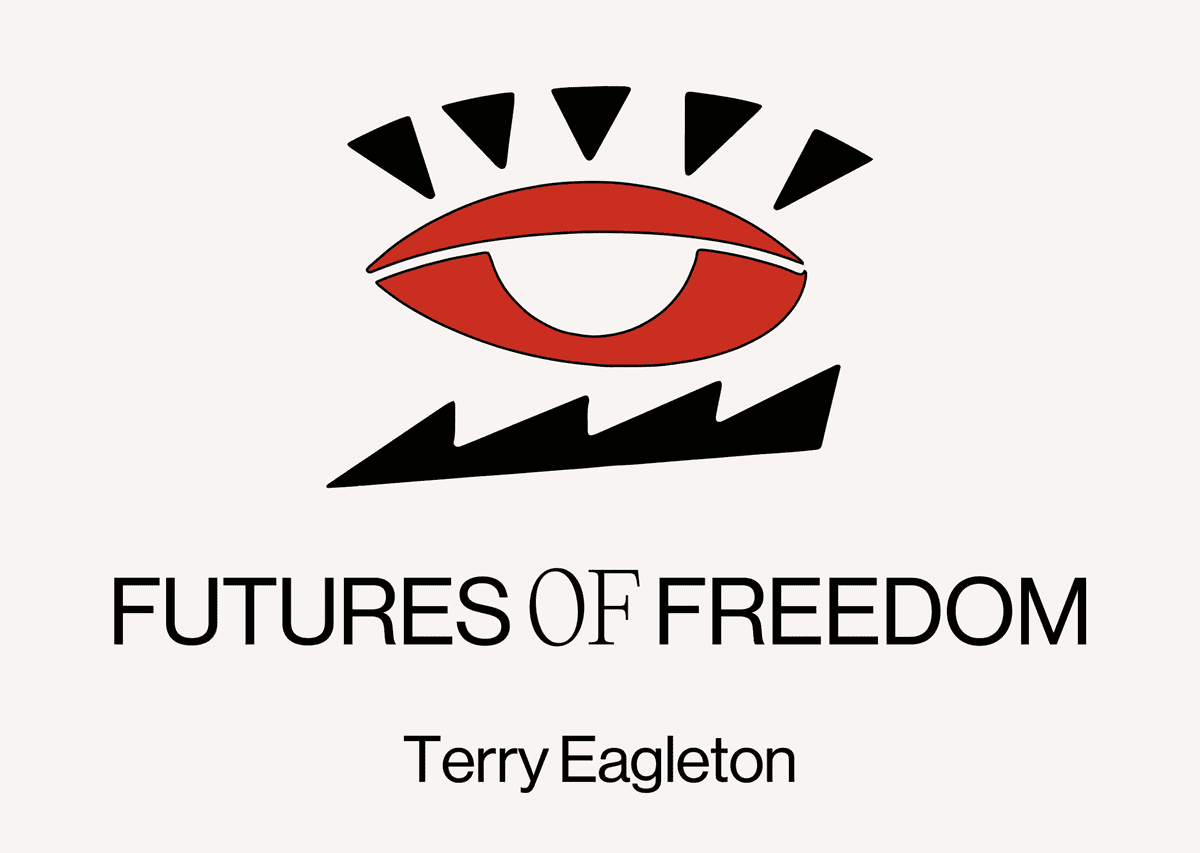 The Ten Commandments begin with a ban on false utopias. Yahweh for the Jews was the God of the future, calling them out of bondage into freedom, and to make graven images of him was to bind this future to the stuff of the present. In this respect, the Judaic Bildverbot or prohibition of images forbids one from dreaming of what is still to come. Perhaps this is one reason why Marx, who once told his partner that she would be better off reading the Jewish Scriptures rather than attending a secular church, was hostile to predicting the shape of a socialist order. Graven images are fetishes, which like all fetishes plug a gap which is best left unfilled. (One is reminded of the unsurpassable opening sentence of a celebrated review: ‘This book fills a much needed gap’). Idols and effigies are devices for shielding ourselves from the open-ended nature of history. The only true image of Yahweh in the Jewish Scriptures is human flesh and blood. He is the ruin of representation, which is to say that like all sublime phenomena he can be known not by an image but by an event. You will know who he is, as Luke’s Gospel comments, when you see the poor being filled with good things and the rich being sent empty away.

The Old Testament prophets don’t so much foretell the future as warn their people that unless they cease to be neurotically obsessed with ritual and sacrifice and speak up instead for justice, protecting the poor from the violence of the rich, there won’t be much of a future at all. Soothsayers and clairvoyants, by contrast, are those hired to peer into the entrails of the system and assure the ruling powers that their profits are safe for some time to come. It is capitalism, not socialism, which trades in futures. Figures like Isaiah and Jeremiah are not fortune tellers. Fortune tellers are reluctant to divulge bad news, while prophets do little else. 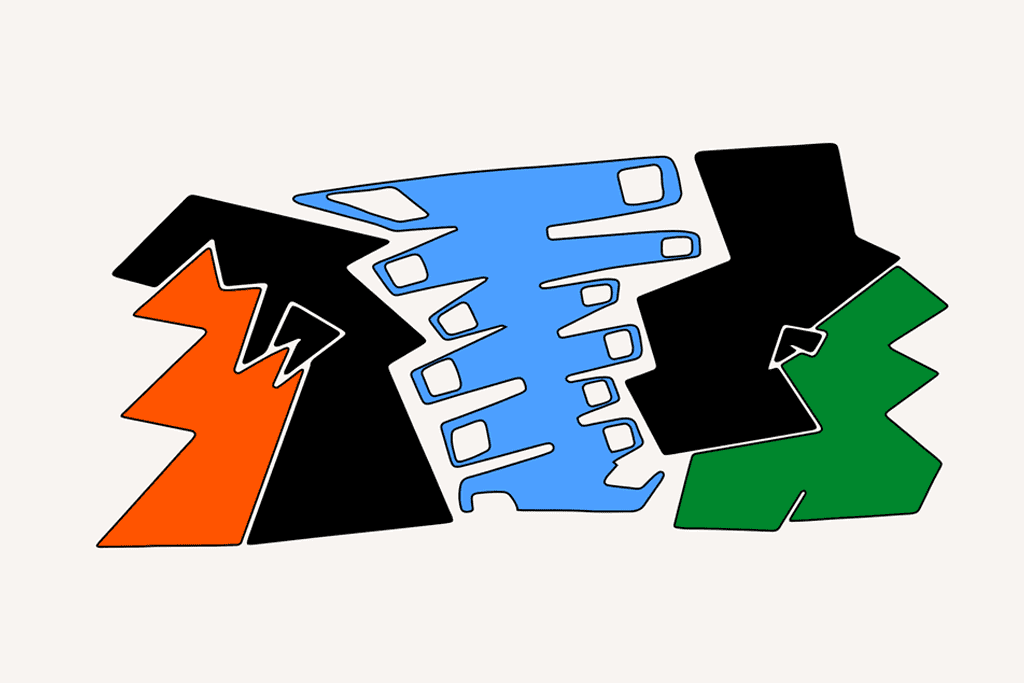 So the future can’t just be an extrapolation from the present -- the present, as one postmodernist excitedly put it, with a lot more options. The historical determinists of the Second International, who held that socialism is inevitable but can’t explain why it is desirable, folded the future into the present in just this sense. It belongs to the evolving logic of the here and now, rather than establishing a decisive break with it. Marx, by contrast, writes of socialism in The Eighteenth Brumaire that ‘the content will go beyond the phrase’, meaning that it will outstrip our current imagery. This is not a licence for dreaming up agreeable fantasies. The utopianist Charles Fourier, who coined the term ‘feminism’, believed that in an ideal future the sea would turn into lemonade, but Marx launched his own career by denouncing this ‘wouldn’t it be nice if?’ brand of radicalism. (He would also have plumped for a fine Riesling rather than anything as plebeian as lemonade). As Theodor Adorno observes, he was an enemy of utopia for the sake of its realisation.

Other revolutions have decked themselves out in the iconography of the past, but communism, Marx insists, ‘draws its poetry from the future’. And since the future doesn’t exist, any more than the past does, it is hard to know what this poetry will sound like. It is particularly hard in an era which proclaims the death of history, since the death of history means not the disappearance of the past but the loss of the future. Things will continue to happen, but the frame within which they do so will remain constant. There will be no dislodging of the neo-capitalist order, which would constitute what Alain Badiou calls an Event. Instead, there will be just occurrences.

It may be, however, that the real conflict is not over the future but the past. As long as past struggles for justice have not been wiped from the record by the sovereign powers, you must feel their force in order to drive you forward. Walter Benjamin imagines the Angel of History as being blown backwards into the future, while his horrified gaze is fixed on the mounting pile of garbage that is the past. It is not dreams of liberated grandchildren, Benjamin remarks, which stir men and women to revolt, but memories of enslaved ancestors. In this sense, the seeds of the future lie in the past -- a past which the present order is intent on obliterating, or (what comes to much the same thing) converting into a saleable commodity known as ‘heritage’. Benjamin knew, however, that the past is brittle, fragile, easily airbrushed out of existence by those to whom it poses a threat.

Attempts to imagine the future usually end up domesticating it, rather like accounts of aliens. Aliens are testimony to the paucity of the human imagination. They may be green, smell of sulphur and take a perverse interest in human genitalia, but basically they look much like Michael Gove. The true aliens are those squatting in our laps right now, just as the most authentic future is one to which we can only gesture. Even so, of that of which one cannot speak it is always possible to say a few words. Futures must be feasible as well as desirable, which means that they cannot defeat our descriptions entirely.  To yearn for the impossible is to fall sick of desire, a condition which Freud names neurosis. The point is not to paint portraits of the future but to resolve the contradictions which prevent it from coming about. Which is to say that the true image of the future is the failure of the present. We must of course have some notion of what institutions would serve the socialist idea best. As Raymond Williams writes in Culture and Society, ‘we have to ensure the means of life, and the means of community. But what will then, by these means, be lived, we cannot know or say’. The balance between knowledge and nescience is here exact. Trying to know too much does us harm, but ignorance is no alternative.

The word ‘dream’ is interestingly ambivalent: it can mean both creative vision and idle fantasy. (No group of people, incidentally, uses the term more often than Americans, unless it is psychoanalysts. Americans have hopes and dreams, while Europeans just glumly go about their everyday business). Dreams can be a distraction from the business of political change, confiscating some of the energies which might otherwise be invested in it. Bad utopianism is a case in point. Fourier thought that the ideal social unit should contain precisely 1,620 people. But dreams for the radical Romantics meant freeing our minds from the shackles of the present. Being able to conceive of a different future is one edge the human creature has over its fellow animals, since you can do so only within language. Language scoops a hole in the present in which something else might germinate. We live subjunctively, not just indicatively.

For the political left, the link between present and future is constituted by the socialist and working-class movements. It is when these movements feel able to go out of business that we will know that the future has arrived. Benjamin thought that every moment of history is the strait gate through which the Messiah might enter; but this is a misleading way of thinking of socialism. The advent of the Messiah requires no material pre-conditions, but in Marx’s view a society of abundance can arrive only on the back of a history of material accumulation. Otherwise you are likely to fall prey to some species of Stalinism. If there are bad utopias, there are also premature ones. And since that process of accumulation involves wretchedness and exploitation, history moves by its bad side. On this view, what justice and freedom we might achieve in the future will be the fruit of injustice and oppression in the past, a price that one might well consider to be too high. Even if it is, however, we have no choice in the matter. We have to start from where we are, and we cannot undo the past. We can simply find ways of using it to forge a less bloodstained future.

Those who fight for such a future, however, may not be the most positive image of it themselves. Conflict is necessary to end conflict, antagonism is indispensable to prepare the way for peace. The irony is registered, unforgettably, in the last lines of Bertolt Brecht’s poem ‘To Those Born Afterwards’:

So we went, changing countries oftener than our shoes

Through the wars of the classes, despairing

When there was injustice only, and no rebellion.

And yet we know:

Hatred, even of meanness

Anger, even at injustice,

Makes the voice hoarse. Oh, we

Who wanted to lay the ground for friendship

Could not ourselves be friendly.

But you, when the time comes at last

And man is a helper to man

Unless the values for which the left campaigns are somehow available in the present, they remain too abstract to motivate men and women to change their situation; yet the qualities required to make that change may undermine what you hope to bring about. As with all the most vital contradictions, this is one which can be resolved only in the course of living it.

Terry Eagleton is an English literary theorist, critic, and public intellectual. He is currently Distinguished Professor of English Literature at Lancaster University.

The revolving door between government and banks has created a Creditor Class that profits hugely from sovereign debt, at the expense of communities who face the brunt of the burden to repay. This cycle must end — Our debt is not your profit.
Support the movement
Become a memberMake a donation
Follow us
FacebookTwitterInstagramYoutube
Receive the Progressive International briefing
Progressive
International
Privacy PolicyManage CookiesContribution Settings
Site and identity: Common Knowledge & Robbie Blundell