What have we inherited from the West? 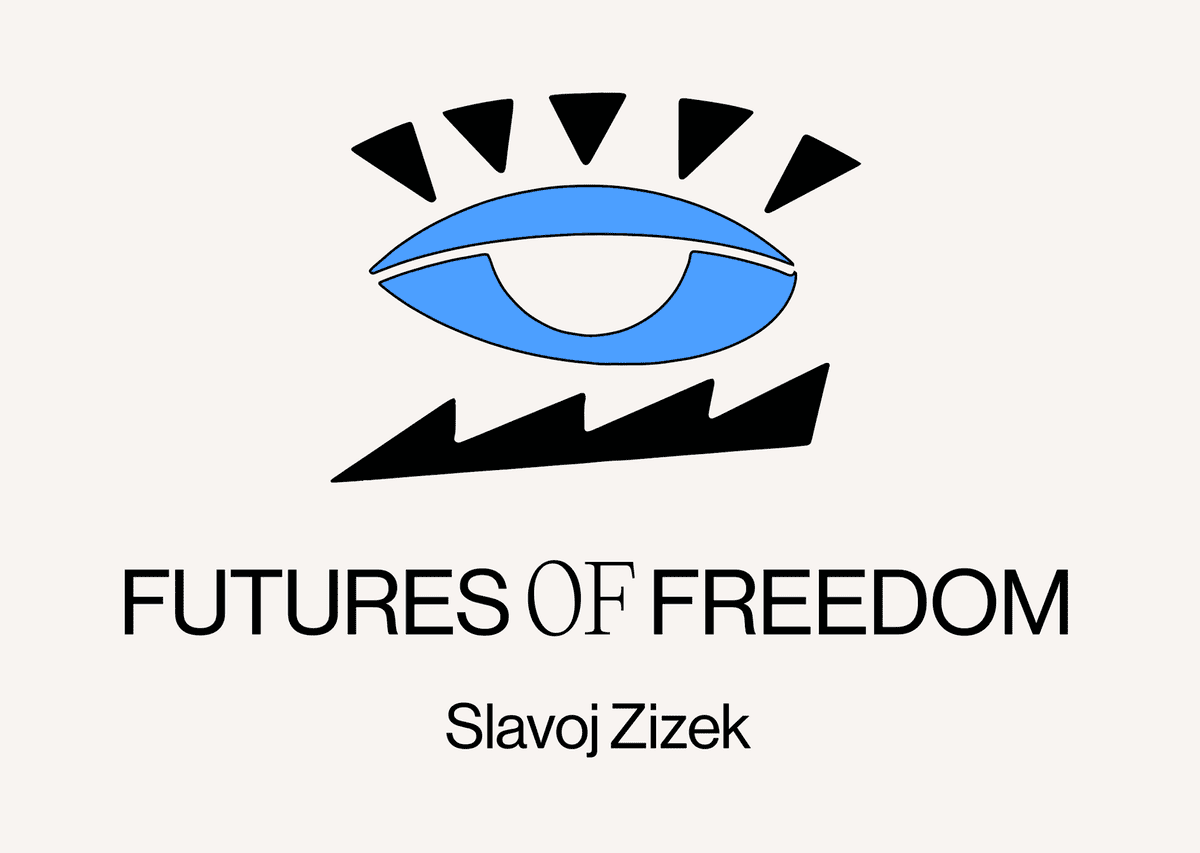 Bernard Herrmann’s clarinet quintet “Souvenirs de voyage” (1967) opens up with the same melodic line that he used a decade earlier in the beginning of the most famous piece (scene d’amour) from his score of Hitchcock’s Vertigo (1958). We are dealing here with a nice case of dislocation, of tearing an element (a melodic line, in this case) out from its context and placing it into a different context in which it is subordinated to a space regulated by different logic. In our case, the same melodic line is first (in Vertigo) the opening moment of a movement that inexorably leads towards a Romantic crescendo, heavily relying on Wagner’s Tristan, while its reprisal in the quintet remains firmly within the pre-Wagnerian space of a theme and its variations. The surprising element here is the regressive direction of this shift: first a Romantic push towards a climactic crescendo, then the step back to a more classical space in which such crescendos are excluded. 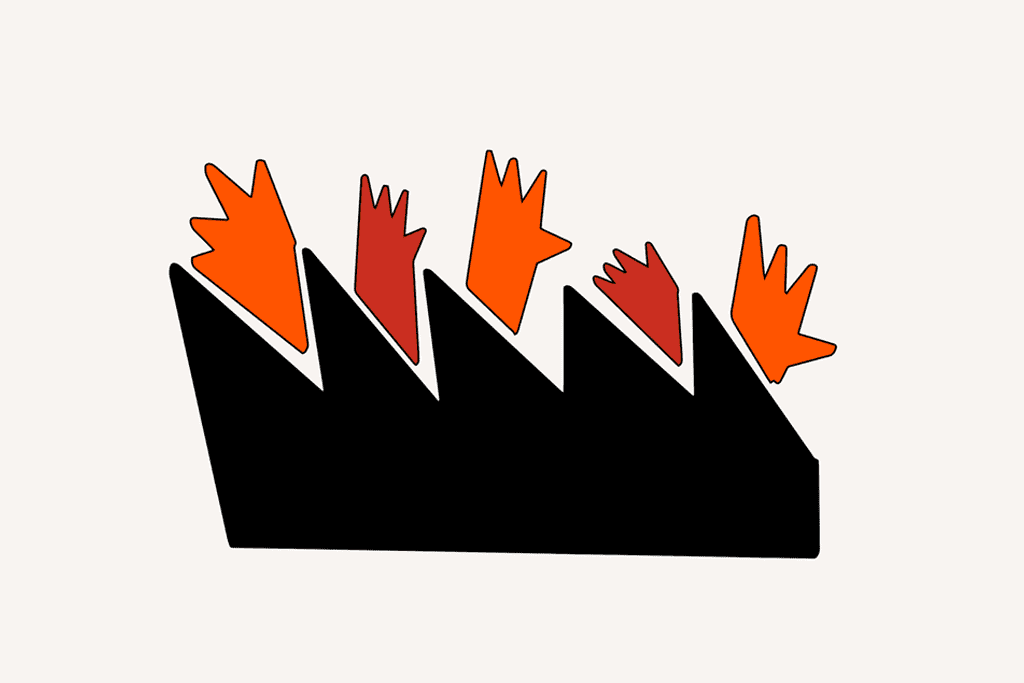 Dislocation, on the contrary, means that elements are thoroughly re-contextualized, integrated into a new symbolic and social space which confers on them a new meaning unrelated to the original meaning – one can in no way “deduce” this new meaning from the original one. Let’s take equality, a notion which originates in modern European thought. Although many advocates of equality worked to expand this notion also to women, other races, etc., such an expansion remains within the scope of the Western notion of equality. When a true other (Black slaves, exemplarily) appropriates equality, this notion is not just expanded but transposed in a different domain which radically affects its functioning – the unease with Black Lives Matter proves this abundantly. Furthermore, is the entire history of Marxism and Communist revolutions not a history of dislocations? In spite of Lenin’s abundant quotes from Marx, Lenin effectively transposes Marx into a radically different historical situation in which the revolution was executed by a narrow party of professionals and won by addressing non-proletarian issues (land and peace). Mao Zedong did something even more radical: against Marx and Engels vision, he moved from workers to farmers in the countryside as the revolutionary force – something unimaginable for Marx and Engels. Again, in each of these two cases, we are not talking about a continuous expansion but about a radical dislocation – no wonder that in both cases, orthodox Marxists opposed the reorientation (the basic reproach of Mensheviks to Lenin was that, in a non-Marxist way, he wants a revolution before the circumstances for it are ripe).

We should also bear in mind that capitalism as such involves a process of continuous dislocation. Capitalism originated in Europe but then gradually expanded into a global economic order, and this expansion was not continuous, it involved radical dislocations. Not only was capitalism from the very beginning linked to colonization and new rise of slavery, but it also changed with the emergence of strong non-European capitalist countries like Japan, India and now China. Incidentally, it is interesting to note how the same postcolonial Leftists who decry every expansion of equality and democracy as a dislocation and not a continuous development always insist that capitalism is “Eurocentric”, attributed to Europe: even if it appears in China, India, etc., capitalism remains European. The underlying premise is clear: when a progressive idea like equality and democracy is expanded into a Third World, it involves a radical dislocation and is no longer European, but the “bad” capitalism remains a foreign (European) intruder… This mistake is serious because it misses the key fact that capitalism is actually universal, trans-cultural, indifferent towards particular cultures: it is not dislocated from one culture and then appropriated by another, it rather stands for a universal dislocation from cultural space as such.

At this point, we can return to the relationship between the Hegelian sublation and dislocation: the approach which opposes the two (as we have seen with Casimir apropos Haiti) misses a key feature of the Hegelian dialectical process, as it reduces subject to a dynamized Substance. The critics dismiss the Hegelian notion of democracy-and-equality as an all-encompassing substantial entity which gradually actualizes its immanent potentials, passing from one to another particular figure but remaining the same ground of the entire process. Say, the state goes through the stages of Asiatic despotic state, Ancient slave-owning democracy, feudal monarchy, modern authoritarian state, etc., but all of these are particular formations which emerge as the immanent deployment of the same notion of State. But is this the case? If we remain at this abstract level, we have to add at least two points. First, for Hegel, the full consummation of an idea (when reality fits its idea) always implies the self-negation of this idea itself; say, the reality of states never fully fit the idea of state – when this happens, we no longer have a state but we pass into a religious community.

Second and more important, in a dialectical process, predicate always passes into subject: what was at the beginning a subordinate particular moment of the process asserts itself as its subject and retroactively posits its presuppositions as its own moments (“predicates”). So, again, it is not the same Subject which goes from one to another particular figure, remaining the same agent which pulls the strings and controls the entire movement: what Hegel calls “Absolute” is the very process in which radical reversals happen and a predicate turns into a new Subject. Every dialectical passage is thus a form of dislocation: the previous Substance is dislocated into a new encompassing universality. It is not the same Universality which passes from one to another particular form – in each passage, Universality itself is dislocated, it is reduced to a subordinate moment of a new Universality. Let’s take the passage from money to capital described by Marx: in pre-capitalist market exchange, money is a mediator of the exchange between producers which disappears in the final result (when I sell what I produced and buy what I need); with capitalism, however, money becomes capital, the subject (active agent) of the entire process. Although, from my individual standpoint, I produce (and sell) things so that I will get (other) things that I need (or desire) for my life, with capitalism, the true goal of the entire process is the expanded self-reproduction of capital itself – my needs and their satisfaction are just subordinated moments of capital’s self-reproduction. In this sense, social production is radically dislocated, reduced to a subordinate moment of the capital’s reproduction.

Back to Haiti, what further complicates the picture is that the tension between imitating Europe and breaking out of European modernity is inscribed into the very heart of the revolutionary process. Toussaint Louverture, the first leader of free Haiti, insisted on the equality of all races and rejected any privileging of the Blacks, plus, although he formally abolished slavery, he simultaneously imposed obligatory work (plantation workers had to remain at their post so that production went on). The two leaders who came after him, Dessalines and Christophe, enacted the anti-White turn (all non-Blacks, with the exception of Poles who supported the revolution, were massacred), but mandatory work remained. So, for ex-slaves, things didn’t change a lot. During Christophe’s reign, Haiti was divided into two states: Christophe ruled as the emperor of the northern part and Alexandre Petion governed the republic in the southern part. While the North turned into a half-feudal authoritarian imitation of a European modern state focused on boosting production and wealth (concentrated in the hands of the ruling Black elite), in the republic in the South, land was distributed to small farmers who survived in a self-subsistent economy with low productivity. Although some commentators celebrate the South as an attempt to develop new communal forms of life as an alternative to European modernity, the experiment soon failed. A further paradox to be noted here is that the anti-White shift from equality of races to Black domination, which occurred with Dessalines, coincided with the rise of authoritarian class structure with the Emperor at the top, which imitated the worst of European authoritarian modernity.

Similar paradoxes are already discernible in the case of Paraguay: before it was destroyed by the Spanish-Portuguese intervention, Paraguay under the domination of the Jesuit order which organized indigenous tribes into reducciones (missions) was not only an early form of Communism but was also much closer to cultural independence than Argentina or Brasil. Jesuits were already printing books in the Guarani language (which is even today spoken by the majority in Paraguay), so if Jesuits were not thrown out, the history of Latin America would take a different turn, with the aboriginal language becoming one of the official state languages. Throughout modern history, Jesuits were as a rule much more progressive than Franciscans, although (or precisely because) Jesuits were organized as dogmatic fanatics while Franciscans emphasized poverty and spiritual inner life. Even today, Jesuits are the bastion of the Catholic Left while many Franciscans are neo-Fascists. Brecht was right to copy (“dislocate”) Jesuits sacred propaganda theatrical pieces in his Communist “learning plays.”

The point of these remarks is a very simple one: to complicate the standard binary of Eurocentrism versus postcolonial thought. What if the two are inextricably linked? What if European influence is not only an obstacle to decolonization, what if it can help it? When we dream about a postcolonial future, it is crucial that we take into account such paradoxes.

Slavoj Žižek (1949) is a philosopher, political theorist, and a moderately-conservative Communist. He is the international director at the Birkbeck Institute of Humanities, London University. His latest publications include HEGEL IN A WIRED BRAIN (Bloomsbury Press, London 2020), CHRONICLES OF A TIME LOST (Pandemic 2), Polity Press 2020.

The revolving door between government and banks has created a Creditor Class that profits hugely from sovereign debt, at the expense of communities who face the brunt of the burden to repay. This cycle must end — Our debt is not your profit.
Support the movement
Become a memberMake a donation
Follow us
FacebookTwitterInstagramYoutube
Receive the Progressive International briefing
Progressive
International
Privacy PolicyManage CookiesContribution Settings
Site and identity: Common Knowledge & Robbie Blundell