The world has understood in recent years that the energy transition is here to stay, and is an urgent necessity to preserve life on the planet. However, it is impossible to deny the importance that oil still has for contemporary society. Fossil fuel is fundamental for the manufacture of products that are still extensively used all over the world, for transportation, food production, among many other uses. Brazil has a huge strategic natural base, rich in hydrocarbon resources, which could serve as the basis for a national development project. By this we mean improving the living conditions of the Brazilian people through not only the enormous mass of resources generated by oil revenues and its possible effects in essential areas such as health and public education, but also due to the enormous importance of energy not only as a commodity in the global market, but as an essential good for the people and the nation, having an extremely prominent role in the entire production chain. Apart from its strategic natural resource base, Brazil has another highly relevant advantage: Petrobras. A state-owned mixed economy company, it is the largest oil and gas company in Brazil and one of the largest in Latin America, with a powerful infrastructure to not only implement, but to lead the strategic planning of the Brazilian energy policy. Currently the company produces about 2.8 million barrels of oil and natural gas per day, and has a refining capacity of 2 million barrels of petroleum-based products per day. But all of the strategic advantages of Brazil have been hijacked by international capital in an accelerated process since 2016, when a political and media coup overthrew the legitimate president Dilma Rousseff. Since then, the Brazilian government has begun to dismantle and privatize the company, with the aim of leaving the country's oil and natural gas sector and our Petrobras in the hands of private capital. 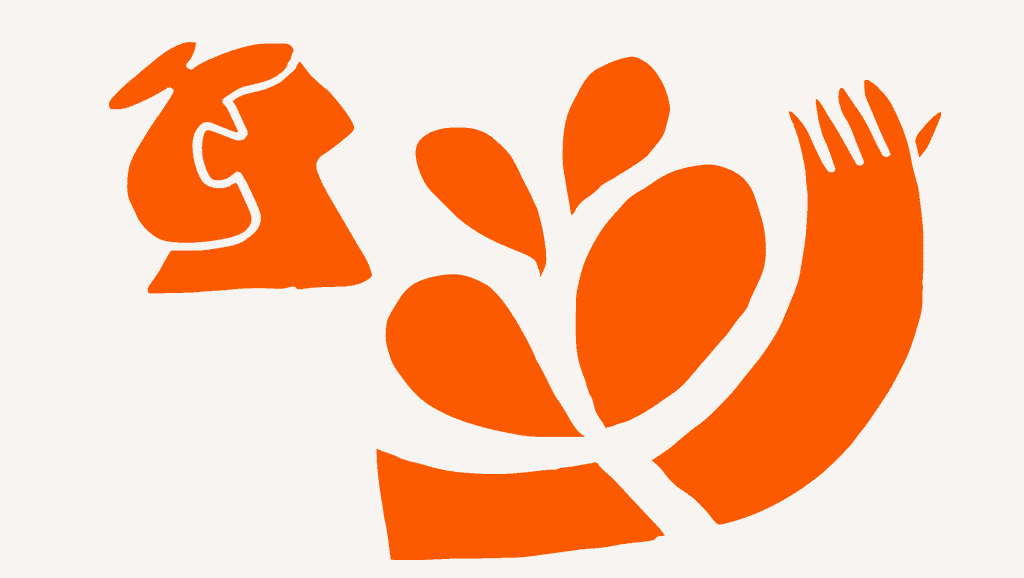 Liberals against the nation

The broader process of dismantling Petrobras is neither technically nor politically sustainable. It is pure ideology. The offensive against Petrobras started by the illegitimate government of Michel Temer and expanded by the neo-fascist government of Jair Bolsonaro has several fronts. On the one hand it has intensified the entrance of foreign oil companies (even state-owned companies from other countries) into the immense reserves of the pre-salt fields and, at the same time, it has auctioned off important assets of the Petrobras System, such as BR Distribuidora, Gaspetro, 8 of its 13 refineries, oil fields, fertilizer production units, biofuels, among many other assets.

Regarding the strategic role of supplying petroleum products to Brazilians, Petrobras, since October 2016, has been practicing the Import Parity Price policy, which ties the price of petroleum products to international production costs, import costs and other costs that Brazil might not include, since it is a major oil producer. One of the consequences of this policy has been the successive and abusive increases in oil product prices. During the Bolsonaro government alone, the adoption of this policy has already resulted in increases of more than 155% in gasoline and 203% in diesel sold by Petrobras' refineries. This policy represents a true "dividend spree" and is forcing Petrobras to act as a "Robin Hood in reverse", taking from the poor to give to the rich, and turning it into a channel for income transfer between the population and domestic as well as foreign shareholders. This policy penalizes the Brazilian people, who pay exorbitant amounts for fuel, while it fills the pockets of the shareholders, who have profited billions with these prices. In the first half of this year 2022, the management of Petrobras handed over R$136.3 billion to shareholders, representing 138% of the company's net income (R$98.8 billion) and 34% of its entire market value. This package includes other elements, such as the drastic reduction in investments between 2013 and 2021, from R$104 billion to R$47 billion, a 55% drop over the period. The result is an increasing dependence of Brazil on the international market, and a greater subordination to local and global capital.

Brazil's dependence on the international market does not stop there. The neoliberals' vendetta to take the Brazilian State by storm has another major victim: the pre-salt fields. Discovered through investment, research, and know-how by Petrobras during the government of former president Lula, it is one of the largest oil reserves in the world. Soon after its discovery was announced, the imperialist coordination of the world's great oil powers began to appropriate the resource, one power in particular: the USA. The US government was concerned because with the pre-salt law and the royalty sharing regime, the oil companies were supposed to grant at least 30% of the oil licenses to the Union, and Petrobras would be the exclusive operator. In 2010, a Wikileaks leak claimed that José Serra, then a presidential candidate, had promised an executive from the multinational Chevron that if elected he would change the rules: "Let these PT [Partido dos Trabalhadores, or Workers’ Party] guys do whatever they want, the bidding will not happen, and we will change it back." The lobby was in place.

From this moment on, a series of attacks began in the National Congress on national sovereignty and Petrobras, such as the withdrawal of the company's obligation to coordinate the operation of the pre-salt fields in 2016. It is also worth highlighting all the effects of the so-called ‘Operação Lava-Jato’ [Operation ‘Car Wash’], which called into question the company's credibility in the eyes of public opinion, blocked the continuity of its investments in the completion of works (such as the Comperj refinery, in Rio de Janeiro, for example) and, in collusion with the major national media outlets, justified the handover of the company's management to private shareholders, both foreign and domestic.

The privatization and handover of the pre-salt fields, in addition to diverting resources from vital areas such as health and education, is an attack on Brazilian sovereignty and undermines the nation's ability to plan the use of one of its principal resources, instead prioritizing the maximization of profit as the primary goal. This entire process is accompanied by other absurd measures such as the privatization of Eletrobrás, the heart of the Brazilian Electric System, which the Bolsonaro government and its allies in Congress and the Senate have given away on a platter.

This whole process described above has a very serious effect in Brazil: the downsizing of Petrobras. The giant state-owned company is being forced to give up not only resources and strategic assets, but its very essence. Neoliberals no longer want it to fulfill the role it was given by the historic struggle of the Brazilian people: that of being a state-owned company at the service of the nation, and an engine of the country's development. For them, the historic slogan: "The oil is ours" no longer exists. The anti-national governments installed after the coup in 2016 have forced Petrobras to deny its own history and thus have forced it to abandon its role as an important tool for distributing wealth to the Brazilian people.

It is necessary to recover and rebuild Petrobras

For all these reasons, workers in the oil and gas sector remain mobilized in the struggle to defend Petrobras and the balanced exploration of oil and natural gas in Brazil, ensuring the development of national industry and the generation of more and better jobs in our country. Our fight is also for a just energy transition, which ensures that all Brazilians have access to energy at a fair price, as well as the creation of quality jobs in the renewable energy producing sectors, so that they can increase their share of the national energy matrix and mitigate the impacts of global warming.

We know that the challenges in this struggle are enormous, because the interests of short-term financial capital have contaminated Petrobras' performance. If during the times of the PT governments, the Brazilian state-owned company was consolidated as an integrated energy company, operating from well-to-pump, with growing investments in renewables, currently it has prioritized the remuneration of financial capital, disposing of assets to pay high dividends to large national and international investment funds. Petrobras is being prepared to act almost exclusively as an oil and natural gas producer, mainly in the pre-salt area.

We are aware that the dismantling process of Petrobras - starting with Lava Jato and the subsequent coup against President Dilma Rousseff - poses a great challenge for the company to return to this level, but oil workers thoroughly debated this issue in a National Plenary promoted by the FUP (Federação Única dos Petroleiros) in 2021 and 2022. From this debate, we understand that it is possible and necessary to gradually recover the protagonism of the state-owned company in Brazilian industry, and we have listed some proposals to that end.

The main proposals are:

Recently, these proposals were delivered to the candidate Lula da Silva and have served as a parameter for his government's policy proposals for the energy sector, especially regarding petroleum.

Note:  FUP was created in 1993, as a result of the historical evolution of the oil labor movement in Brazil, since the creation of Petrobrás, in 1953. It is an autonomous entity, independent from the State, from the big bosses and from political parties, and with a strong insertion in its bases. Affiliated to the Central Única dos Trabalhadores, the FUP has 13 affiliated unions in all regions of the country and currently represents more than 100,000 workers in the oil sector, among active, retired and pensioners in the Petrobrás System, in addition oil workers from private companies.

The pandemic has revealed the poverty of our economic theory. Rupture with the old paradigm is the only route to recovery.
Global
Economy
2021-04-13

We are not a number. If credit-worthiness is a sign of morality and good citizenship, what does it imply for those invisible to the state?
Northern Africa
Economy
2021-04-13

If Egypt’s story is tragic, it is because it illustrates a global dynamic in the debt system that is rigged for the rich and against the rest.
Support the movement
Get InvolvedMake a donation
Follow us
FacebookTwitterInstagramYoutube
Receive the Progressive International briefing
Progressive
International
Privacy PolicyManage CookiesContribution Settings
Site and identity: Common Knowledge & Robbie Blundell