A person is a person through other people 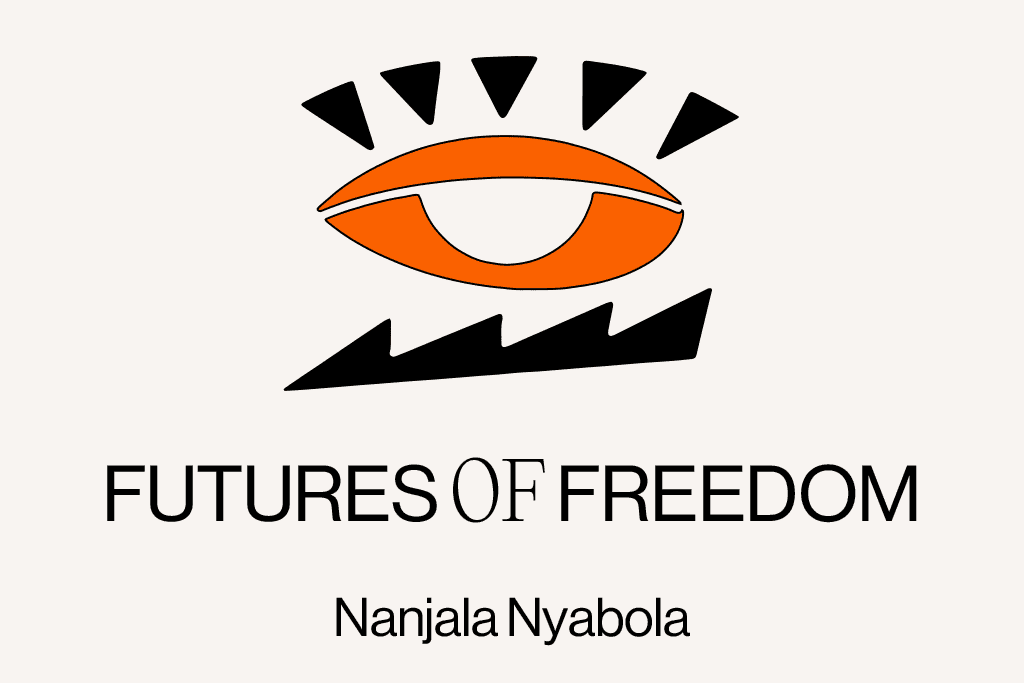 “Are we fighting to end colonialism, a worthy cause, or are we thinking about what we will do after the last white policeman leaves?”

Several decades after he wrote these words, these sentiments from Franz Fanon remain an urgent challenge for postcolonial societies. In 2022, austerity measures implemented by multilateral organisations are back in countries like Kenya which are arguably still recovering from the devastation of the Structural Adjustment Programmes of the 1980s. Echoing colonisation, extractive economics framed as development and investment is everywhere, from natural resources to digital platforms. Black people are once again on sale as domestic and construction workers in countries that refuse to provide them basic human rights protections, and recently as potential conscripts in wars that have nothing to do with them. Nearly eighty years after Fanon articulated the demands of independence from colonisation, countries of the global south are still struggling to extricate themselves from the deeply unequal global dynamics. History is repeating itself.

When does the “post” in “postcolonial” begin? When do we get free? 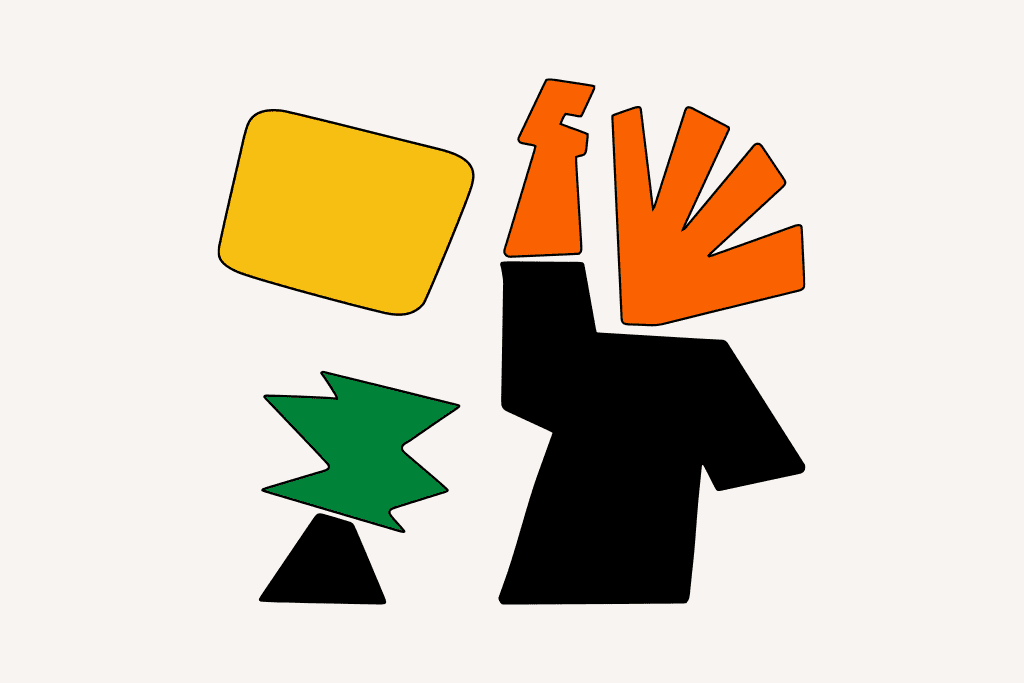 Somewhere on the journey to the postcolony, the freedom dreams of so many societies in the world seem to have lost their way. To borrow from Fanon, it is evident that several societies did not give enough room to articulate and nurture freedom dreams beyond the desire to watch the last white policeman leave. Many of our revolutionaries like Patrice Lumumba, Amilcar Cabral and Steve Biko were assassinated because the size and scope of their dreams was a threat to the global hegemons. Others, like Winnie Mandela and Andree Blouin, suffered intense personal attacks, and exile and isolation from the sites of their work. And others like Robert Mugabe became consumed with the idea of power at all costs, trading freedom and the greater good for personal accumulation and military power, refusing to cede even an inch of power to anyone. The freedom dreams atrophied in the shadow of these losses, and today the map to the “post” remains buried in the sand.

It’s difficult in this day and age to write an essay about freedom when the word has been co-opted by so many people who use a bastardised definition of the word to advance the destruction of others. In Western countries, right-wing movements routinely use the word to refer to selfish ambitions to protect wealth and exclude others. Freedom has unfortunately become synonymous with selfishness in too many places around the world, with extremists using it to justify laws and policies that destroy social protections for the poor and marginalised. Tragically, the word needs some qualification and contextualisation before it can be used sincerely to engage with the realities unfolding around us.

And yet freedom remains a deeply necessary project. The desire for freedom is what transforms individual desires or ambitions into social projects. Freedom is a lot like being in love. It’s difficult to explain to someone who hasn’t yet experienced it but once you’ve experienced it even once you feel its absence keenly. It’s the peace of knowing that you are in a community that is working towards something greater than just survival, but is instead imagining and building a world in which everyone thrives. It is mutual support and solidarity. It is care and concern. It is an obsession with justice and inequality not just for those who have access to the levers of power but for everyone. It is more than meaningless numbers and empty promises of development. Freedom is truth telling and accountability, but also connection and restoration. Freedom is living in a society that recognises your personhood and that wants to make room for everyone to live fully, audaciously and joyfully. Freedom is a social concern that cannot be achieved as an individual. Human beings are social creatures. You are not free because you live outside the constraints of a society: you are free because you live in a society that values your existence and allows you to maintain meaningful connection with others.

Freedom dreams are a crucial part of attaining the “post” in postcoloniality. The desire for freedom is what pushes people to coordinate around lofty ambitions and develop a programme of action for achieving them. The desire for freedom pushes us into deliberation and debate about what our societies can represent, but they also push us into introspection about our personal role  in achieving those goals. Freedom dreams are more than just flights of fancy. They are invitations to coordinate and participate in social life. Freedom dreams are like a compass. They give a collective perspective on what we need to do in order to build the kind of society in which we can all thrive.

So, the increasing absence of freedom dreams in the way our ideas of progress or development are articulated is more than rhetorical loss. It’s not simply sad that today we talk about GDP and economic growth as measures of progress, and not welfare and inclusivity. It is a loss of orientation. It is what makes it possible for people to use money as a shorthand for all the things that we need to make social life make sense. Instead of universal health, people try to get wealthy enough to opt out of poorly funded public health systems. Instead of facing the calamity of climate change together, wealthy people build bunkers to allow them to survive in the apocalypse. Instead of thinking about conflict as a collective tragedy, wealthy countries see it as an opportunity to make money. And instead of seeing a global pandemic as an opportunity to reset and reinforce social systems that have for too long excluded the needs of the chronically ill and disabled, the elderly, and even children, we double down on the misguided idea that an advanced species is one in which the most vulnerable are allowed to die. All of these outcomes are united by the underlying fallacy that securing money can ever be a shorthand for the freedom dreams of living in a just society.

Within the postcolony, there has probably never been a greater need for freedom dreams than now. In Africa, the absence of a broad unifying orientation means we might quite literally become fodder for other people’s projects. Right now, young men and women are being enticed to fight for both Russia and Ukraine, neither of which has expressed particular concern for the wellbeing of Africans in the past. Russian mercenaries are wreaking havoc in several African countries; Ukraine is one of the biggest arms providers to African conflicts. Young Africans continue to die unnecessary deaths on the Mediterranean Sea because of unfounded fears of invasion, even as the West opens up its doors to tens of thousands more Ukrainian refugees. As Western countries try to wean themselves off Russian oil and gas, Africa is once again on the menu as an alternative source for these raw materials. There is an unspoken expectation that countries of the global south must stoically bear the burden of these inequalities because the freedom dreams of others are somehow more valuable than ours.

And in the absence of governments that care about our own freedom dreams, it is unclear what we will look like at the end of this period of global uncertainty (if there is one — climate change is still an omnipotent threat). Our freedom dreams are being bartered for trinkets by leaders who wrongly believe that wealth and proximity to power in another part of the world will ever be as meaningful or taste as sweet as building freedom where you are rooted. Are we entering another period in which authoritarians will double down on violence against us and remain unchallenged because they say the right things to different parties to the conflict? Watching leaders of India, Uganda, Sudan and more line up behind Russia certainly does not bode well. Will this season birth another era of Pinochets, Mengistus, and Mobutus? Will we watch once again as our freedom dreams are subsumed in global conflicts from which only the most greedy and violent will profit?

Our freedom dreams remind us that we have work to do that is bigger than this historical moment. The work is not to build the wealthiest country or the biggest army. The work is to build societies in which money isn’t a gatekeeper to living a decent life. The work is resetting our relationship with the natural environment so that the measure of our lives is not simply reduced to our unchecked ability to consume. Angela Davis reminds us that our freedom dreams cannot be constrained to our own lifetime but must be anchored in a desire to leave behind a world worth living in for future generations. We need our freedom dreams.

The freedom dreams of those who resisted and rejected colonisation seem a world away from the meagre ambitions of many of today’s leaders. Whereas previous generations fought for dignity and holistic defence of human life, today our dreams are organised around depoliticised ambitions like development or gender equality. The radical demands of rejecting systemic racialised violence and institutionalised exclusion have been deescalated into calls for scraps from the table.

And yet, looking around at the trajectory the world is on, freedom dreams have never been more urgent or important. It is tempting to resist the urge to deliberate and deconstruct, because it is labour. In a world that increasingly wants to turn everything – including our leisure time – into labour, the desire to disengage is deeply seductive. But freedom dreams cannot be defined in isolation.

Umuntu ngumuntu ngabantu. Mtu ni mtu kwa sababu ya watu. A person is a person through other people. And so we rest when we must, and then we get back to our work.

Nanjala Nyabola is a writer, independent researcher, and political analyst. Her work focuses on conflict and post-conflict transitions, with a focus on refugees and migration, as well as East African politics generally. She is the author of Digital Democracy, Analogue Politics and the co-editor of Where Women Are. Nanjala holds a BA in African Studies and Political Science from the University of Birmingham, an MSc in Forced Migration, and an MSc in African Studies, both from the University of Oxford, which she attended as a Rhodes Scholar, and a J.D. from Harvard Law School.

The revolving door between government and banks has created a Creditor Class that profits hugely from sovereign debt, at the expense of communities who face the brunt of the burden to repay. This cycle must end — Our debt is not your profit.
Support the movement
Get InvolvedMake a donation
Follow us
FacebookTwitterInstagramYoutube
Receive the Progressive International briefing
Progressive
International
Privacy PolicyManage CookiesContribution Settings
Site and identity: Common Knowledge & Robbie Blundell